From the early ‘Physical’, the world migrated to ‘Digital’ and now is looking on at the ‘Phygital' age. While it might sound far-fetched, the proofs are undeniable.  We’ve come pretty far from the days of Web 1.0 when users were passively used to exchange information without the collaboration explosion of Web 2.0. The creator economy is booming; Big-Tech vs governments all over the world is a common phenomenon. Hardly anyone can believe that this was all a dream a couple of decades ago.

The sheer largeness of the internet is simply impossible to compute. Much like the observable universe, we can safely say that it is ever-increasing in size and stance. Decades from now, what can be made possible with internet technology is something we can only imagine. The rise of the Internet of things (IoT) has led to things becoming smarter.

There are smartphones, smart lights, smart homes that we are familiar with. Now we begin the journey of developing smart apps and a new ‘smart internet’.

What is noteworthy is that technologies like AR, VR, AI, ML are only the enablers. It is data that will be the ‘King Maker’. So, here in this blog, we will explore the evolution of the internet, the advent of the third generation of the web, and what it holds for businesses in the future.

Web 1.0 is the most primitive form of the world wide web. The internet era began with hypertext documents that were interlinked on the web for everyone’s consumption. It is also considered as the ‘read-only web’ because of the limited interaction it provided to users.

Internet users sought more in terms of content contribution and interaction, and thus it paved way for an advanced Web 2.0, also known as the ‘read-write web’. What Web 2.0 managed to do in just a short while is change the course of internet usage dramatically. With users being able to engage with each other, a new medium of communication was conceived. This included interactive blogs with a comments section, RSS feeds, podcasts, bookmarking, and more. It far outweighed Web 1.0 with much-needed improvements. For instance, Web 2.0 allows upload and download, much unlike its earlier counterpart which was only for consumption and not edition. What we currently use every day is Web 2.0 because it is still a dependable platform for users because of its elemental features. 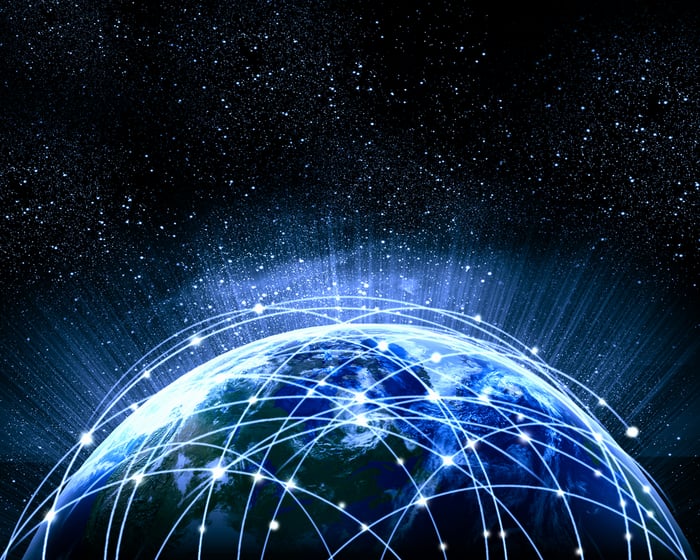 The evolution of internet usage, as we know it, has been rapid and fertile. We are in an era where upgrades are deemed necessary in all facets of digital platforms. Web 3.0 is the answer to the decade-long quest for finding a solution that represents back-end functionalities in addition to front-end capabilities that we already indulge in. A ‘read-write-execute web’ is what Web 3.0 is, in simple terms. It is a solution where data is not owned but shared in what is being termed as the ‘Semantic Web’. Web 3.0 enables systems to create, share and connect content via search, and artificial intelligence powers web pages to understand the meaning of words instead of just recognizing relevant keywords. Web 3.0 is much more than that. It is where the machines do the thinking and the users do the execution.

The Defining Properties of Web 3.0

Web 3.0 is enticing because of the new and unheard-of features that are calibrated within the existing ecosystem of Web 2.0. Web 3.0 has the power to alter internet usage tremendously. Automated routine tasks, scheduling reminders, AI-based search, etc. will become more commonplace with Web 3.0. With the advent of Web 3.0, the digital experience of users is enhanced greatly while also providing security for web apps.

3D graphics come in to create endless possibilities of how content can be viewed. Semantic metadata further enables information connectivity such that all available information is accessible to everyone on one common network based on user behavior. This transcends the idea of a simple website and creates a whole new web of its own. And since all data is made accessible to multiple smart applications, Web 3.0 will enable services to be used everywhere, thus propagating its ubiquity.

Why is Web 3.0 the ‘real internet revolution’?

Web 3.0 is here to completely change the game, across industries. Take the health industry, for example, that has been established on Web 2.0. What if there is a way to digitize existing and automate all incoming data to reduce workload and save precious time? Web 3.0 makes this possible because it establishes itself as a ‘find engine’ rather than a ‘search engine’.

Using semantic relations, knowledge discovery will further become easier and lead to a higher capacity for creating more knowledge, while also making it accessible to more users or even industries.

Treating patients based on their histories and genetic profiles can become simpler and faster. With a system that can offer instant go-to measures based on new admissions, medical professionals can depend on Web 3,0 based smart applications to proceed with a new case. The same applies to medications and tests that are to be prescribed. In the future, we will have a system where a doctor-patient interaction will involve automated steps which can improve latency and reduce costs.

The capabilities of Web 3.0 are still unknown because of the sheer weight of possibilities that is yet to be explored. What we can get excited about is that the semantic web is only going to get bigger and better and can be scaled across industries of all sizes. Hence, it is safe to say that Web 3.0 is the ‘real internet revolution’ that many are awaiting with much impatience.

As we move to a more centralized internet, with augmented reality (AR) and artificial intelligence (AI) playing key roles in defining our use-case scenarios, we can expect a new wave of the global internet revolution. What Web 3.0 brings to the table is that it offers developers much-needed room for innovation. On the other hand, users can expect better digital experiences and a more enhanced and refined internet altogether. If done right, Web 3.0 can be the key to solving many problems that can put an end to red tape, save time, increase productivity, and all this at a marginal cost. We can look forward to a smarter version of the internet, because, believe it or not, it is here to stay.