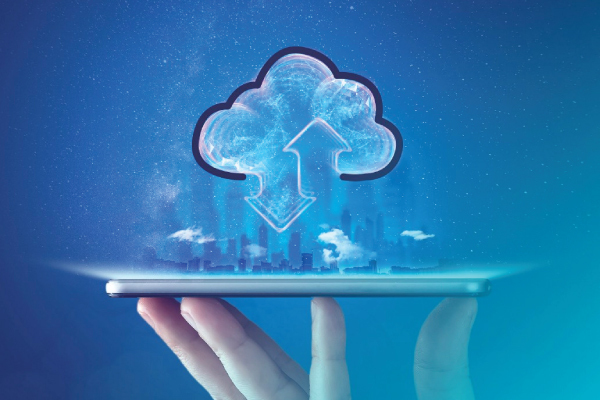 Cloud computing is at the heart of business continuity planning and IT transformation. For over a decade, cloud migration has been enabling businesses to boost their enterprise resilience and operate with minimal disruptions. With new challenges likely to surface, the post-pandemic era is expected to be more disruptive. At this juncture, it’s crucial for enterprises to think beyond tailoring their applications for the cloud. In other words, enterprises should upgrade from being ‘cloud migrant’ to ‘cloud native.’

If cloud migration is a digital transformation enabler, cloud native architecture makes the cloud the foremost catalyst for creating business value. Leveraging cloud native architecture, you can build applications that natively utilize the infrastructure and services offered by leading cloud computing providers, such as Amazon Web Services (AWS), Microsoft Azure, Google Cloud Platform, and so on.

Why Cloud Native Architecture is the Way Forward for Businesses

According to the Cloud Native Computing Foundation (CNCF), cloud native technologies equip organizations with the ability to build and run scalable applications in the latest, high-powered environments, like public, private, and hybrid clouds. Features, such as containers, service meshes, microservices, well-established infrastructure, and application programming interfaces (APIs) are the cornerstones of such a school of thought.

Cloud native architecture, earlier used exclusively by nimble-footed startups, has now also been widely adopted and favoured by enterprise companies. According to the CNCF Cloud Native Survey 2020, the use of containers in production has witnessed a mammoth increase of 300% (92% of respondents, compared to just 23% in 2016). 30% of the respondents to the survey belonged to organizations that have more than 5000 employees.

However, when compared to startups, enterprises face a number of challenges in adopting cloud native technologies, as restructuring IT infrastructure takes immense time, money, and requires unanimous approval across an organization. In the long run though, cloud native architecture provides a number of benefits:

Individual microservices – one of the foundational pillars of cloud native apps – help apply incremental changes to your application. As microservices are independent of other services within the application, frequent updates can be made in the live environment, in a non-intrusive way. New and improved features can be added continuously without disrupting the application’s performance. Adherence to Agile development and DevOps strategy will enhance the ease of application management and increase the convenience in handling iterative improvements.

Microservices are deployed inside containers that are flexible, portable, and lightweight. Containers simplify the application management process and extend the advantages of microservices by offering a stable deployment and management experience across hybrid and multi-cloud environments.

Rapid application development and faster roll-out of features and enhancements improve developers’ productivity and save their time to focus on core business functions. Thus, cloud native development helps enterprises gain a competitive advantage. 75% of development and IT executives believe that cloud native architecture enables them to accommodate real-time changes in demand.

Unlock the potential of innovative technologies

Enterprise applications that extensively use databases, different data models, AI services, analytics, and business intelligence are typically built using the cloud native development model. More than half of the current cloud native applications use the most advanced cloud services powered by a host of technologies, such as IoT, Machine Learning (ML), and Artificial Intelligence (AI).

Cloud native architecture empowers organizations to unlock the full potential of the technology services that cloud can provide. These include technologies like Kubernetes, Docker, APIs, Kafka, and serverless functions that promote rapid application development and deployment.

The widespread adoption of open-source tools and frameworks as well as the proliferation of hybrid and multi-cloud technologies have increased the interoperability and workload portability of cloud-based applications. With cloud native approach, you get plenty of tools to choose from.

Open-source containerization technologies such as Kubernetes and Docker reduce the impact of vendor lock-in. For instance, Amazon Lambda is a serverless, event-driven compute service that allows its users to run code for any type of application or backend service, without provisioning or managing servers. It can be triggered from over 200 AWS services and SaaS applications.

Traditional enterprise security involves complex security configurations that are difficult to maintain and update. Cloud native architecture offers immutable infrastructure and automation that improve threat mitigation and malware detection. Cloud native applications and systems are more proactive than reactive, which prevents any malware from creeping in.

Cloud native security is founded on three core principles, known as the three Rs of security:

Following the Continuous Integration/ Continuous Delivery (CI/CD) approach, cloud native architecture makes it highly feasible to adopt the three Rs of security. A subset of DevSecOps, the three Rs of cloud native security take into account the security concerns at every stage of workflow development. This gives cyber-attackers zero-time to sneak in and understand your system.

Here are a few examples of companies that have implemented cloud native architecture and strategically transformed themselves:

Cloud is definitely on the horizon

Cloud native architecture underpins the Twelve-Factor Application – the most widely accepted cloud development methodology – that helps businesses deploy apps quickly, scale fast, and add features to respond swiftly to the market trends. In short, we can say that cloud native architecture is a tremendous shift from the traditional monolithic applications to independent microservices components that can be developed, updated, and maintained separately. Combine this with automated platform provisioning and deployment and you will get a cloud native app that is highly dynamic, resilient, manageable, and agile.

IDC predicts that the enterprise of the future will be built atop an independent cloud native digital infrastructure foundation. If you’re set to make the most of cloud innovation, it’s time to consider cloud native development. As a leading AWS Consulting Partner and VMware Professional Services Provider, we help our customers build reliable and responsive cloud native apps that are device and infrastructure agnostic, and take less time to deploy. Connect with our experts to kick-start your cloud native journey.