Service Reliability Engineering (SRE) 101: The Way to Enterprise IT Sustainability 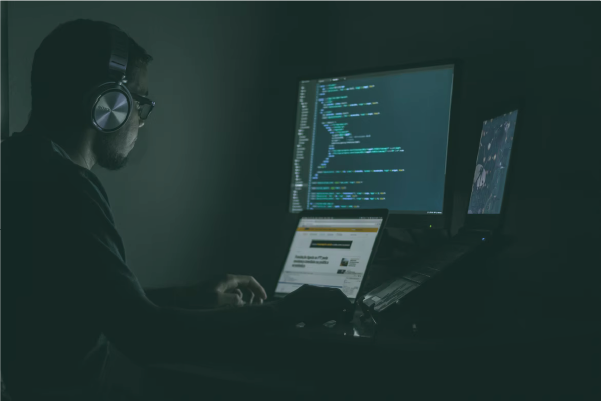 As the name suggests, an enterprise IT system tends to have enterprise-level intricacies and cross-dependencies. Due to the high adoption level of cloud and other digital technologies, the very idea of restricting computing within the confines of a room or building is a long-forgotten concept.

The tech stack needs of different teams within an organization, as well as the digital demands of customers, cannot be holistically benchmarked. As a result, decentralization is gaining traction, slowly and steadily. Decentralization enables organizations to be more nimble and transformative in response to customer demands.

However, it also makes it harder for centralized functionalities and decentralized teams to harmoniously work together and achieve or maintain high levels of operational efficiency and IT service quality.

This is exactly when Service Reliability Engineering (SRE) comes into play. SRE doggedly focuses on the continuous health and performance of applications and services, used by both employees and customers. SRE engineers, equipped with code and automation expertise, bridge the gap between operations and development and get rid of manual, monotonous tasks that serve as a barrier to achieving optimal service and system health levels.

The difference that SRE makes is strikingly evident. According to a ServiceNow report, 42% of IT organizations with a well-entrenched SRE practice reported outstanding quality of IT service, compared to an average of 30%. Also, SRE-driven organizations reported that 77% of IT tasks and processes were already automated, compared to an average of 58%.

What is SRE (Service Reliability Engineering)?

SRE is the application of software engineering methodologies and procedures to resolve or manage reliability issues with team operations and site infrastructure. It has also evolved tremendously from being a purely technical practice to having a larger impact on organizations and the achievement of their business goals.

Ben Treynor Sloss originated the name and practice of SRE at Google. Being a software engineer himself, he did what he knew best; he applied software engineering principles and practices to the operations side of things. The rationale behind such an approach was that product development and operations teams were not working in tandem and therefore had different goals.

The product development team focused on introducing new features and figuring out how these features were adopted by users. On the other hand, the operations team focused on making sure that services were humming along nicely. Each team had their own working style, which created a disconnect in terms of accomplishing business goals.

To bridge this gap, Ben made sure that his engineers spent 50% of their time on operational tasks to have a clear understanding of software in a production environment. From humble beginnings, the SRE team at Google now has 1000+ engineers and SRE has been widely adopted across the software industry.

What Role Does a SRE Engineer Play?

A SRE engineer is a uniquely positioned role in the world of technology. They are either software engineers with some background in operations or system admins/IT operations executives with software development skills.

A SRE engineer is in charge of availability, latency, performance, efficiency, change management, monitoring, emergency response, and capacity planning of services. In simple terms, a SRE engineer keeps an eagle eye on services in production, stabilizes them when needed, and preserves sustainable performance and availability thresholds.

SRE engineers prescribe an exact numerical value, which is set as the system availability objective. This objective is termed as an SLO (Service-Level Objective). SLO is indicative of whether a system is able to perform its intended function. An SLA (Service-level Agreements) typically is a pact that assures attainment of a specified SLO level, over a period of time. Non-adherence can lead to some sort of penalty. An SLI (Service-Level Indicator) is a head-on measurement of the availability of a system service. So, when assessing the SLO of a system, say over a period of 7 days, SRE engineers take a look at the SLI to obtain the service availability percentage.

It seems like a lot to do and it is; however, another key objective of a SRE engineer is to automate wherever possible. This approach is the result of the plethora of software technologies, platforms, cloud computing options, and devices, which generate tonnes and tonnes of data, available in the market today.

Such mammoth proliferation is the direct outcome of digital transformation. It is highly scalable and practical to manage large systems, consisting of thousands and thousands of machines, through code and automation. Typically, an SRE performs the following activities:

DevOps, as a practice, came into public consciousness and discourse, much before SRE. As a result, conflict arose as to which methodology to implement; the truth is that SRE and DevOps are extremely complementary practices.

DevOps defines the ‘Why’ and SRE defines the ‘How’. For example, Both practices accept failures as an unavoidable manifestation. DevOps looks at managing runtime errors and derives learning from them, whereas SRE tries to fulfill error management via Service Level Commitments (SLx), which in turn ensures that all failures are managed. According to the Google State of DevOps 2021 report, 52% of respondents (DevOps teams) reported the use of SRE practices.

The primary objective of both SRE and DevOps is to bridge the gap between development and operations teams to deliver products and services at a faster rate. Rapid application development life cycles, higher service quality and reliability levels, and lesser IT time and effort per developed application are some of the benefits that can be accomplished by both the SRE and DevOPs functions.

The key differentiator that SRE brings to the table is the ability of SRE engineers to eradicate communication and workflow roadblocks, as they also possess operations experience.

They can aid DevOps teams when their developers are swamped with operations tasks and they need a software engineer with highly-specialized ops skills.

The Path to SRE Excellence

You might think that SRE is only for the big players; the huge corporations that have a long laundry list of product lines and service offerings, extremely extensive user base, dozens or more sites to monitor and maintain, a large number of IT teams, and millions of dollars at their disposal. However, the reality couldn't be further from the truth.

SRE is not just about the current scale of your organization's operations; it is also about being prepared for the future, right now.

Usually, SREs focus on operational-level discussions and ensuring that services are reliable at all times. Additionally, they also place great emphasis on how swiftly incidents are resolved, the exact time taken between failures, and how quickly can the root cause analysis of the incident be performed.

However, the missing link here is that SRE’s need to further align their goals with tangible business outcomes and the process of deriving customer value. In order to derive positive business outcomes and customer value, SREs must clearly establish how well or correctly their capabilities can be leveraged to achieve business goals. Also, SREs and businesses alike can avoid a ‘throwing darts in the dark’ scenario, where they are unsure how business value was acquired in the first place.

So, what’s your next step going to be?

You could try to nudge your already overworked IT operations/services team to adopt SRE as a function. On the other hand, you can engage a SRE partner who can completely take over the SRE function and scale it, as per the needs of the future.

As a digital experience company, Being a SRE partner is an organic adjunct of what we do. Also, as a result of our consultative approach, we do not seek to shake things up entirely at your organization. We first perform an exhaustive analysis of your existing IT systems, determine what comes under the purview of SRE, zero in on the how and why, and get you started on your SRE journey.

Let’s talk. Get in touch with us right away.