When an Outsider Sits inside Srijan 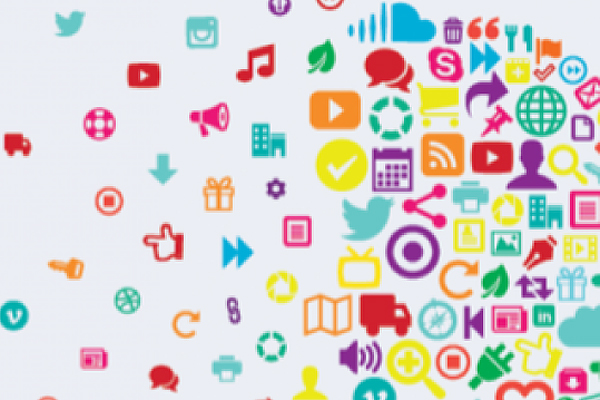 At the outset, the disclaimer: Srijan is our customer, so there will be an element of bias.

But even if Srijan wasn’t our customer, most of this post would hold true.

Srijan hired us last year to help them with their marketing content. They hired us because we told them we wanted to write their stories, not something we cooked up through some secondary research. We wanted to help them write what was in their heads and what was happening because of that. Because, stripped to basics, that is what makes any company unique.

And luckily for us, Rahul thought the same way. What these guys and girls are thinking up at Srijan, debating, discussing, ‘punching holes into’ inside that great big hall they have for an office, is what Srijan is truly about. That’s what he wanted us to help them write about. And we have been trying to do that for a few months now. Trying? Yes, it’s not easy, because this is a company aspiring for great things, and is doing some great things to make it happen. And sometimes we sit and watch in amazement, and words fail us.

So how would I describe Srijan? ‘Melting pot’ comes to mind. Lots of different things come together in it, rub off each other, generate heat of their own, and create something that is mostly harmonious. And all the while, the melting pot can take the goings-on within it, without losing shape (or sanity!).

Does that throw up an image of chaos? That’s exactly what their office could appear to those who like their cubicles neat and well partitioned. At Srijan, you pick a chair that’s free, plug in and start working. Even outsiders like Avienaash (Srijan’s agile coach) and myself. We just melt into the ambience. One can’t tell who is an insider, who an outsider, who is a new hire, and who a long-timer.

My team and I usually come in on Thursdays, when their demos are on. Some of the sessions are demos, some are not. Some are learning sessions, many are for decision-making, many more to debate the changes needed to transform the company to bigger, greater things.

I have attended a few sessions of the last kind in which Rajneesh tried to hand power to his people. Power to take their own decisions, define their salaries, define performance parameters, zero in on companies to do salary benchmarking against, and so on.

This may sound as if the people did not have much authority at Srijan. That is not correct. The culture has always been open. The Economist wrote about their financial transparency and open book management culture last year. Everyone has the right to speak up, raise issues, and debate.

This culture is now becoming more pronounced as Srijan transforms itself into an agile company. The agile concept rests on trust, transparency, discipline, accountability and values that emanate from that. And for Srijan, I sense it’s a giant leap ahead on a road they were already on.

However, that doesn’t mean that this transformation is easy. Every time Rajneesh stands in front of the team to talk about changes that he thinks must happen, he invites debate. Sometimes it’s stonewalled, sometimes it sails through, sometimes it’s deferred.

Whatever the result, the debate goes on. And if it dies down, the top team works to revive it.

And even in these few months, I have seen changes in the team. At first there were people completely resistant to change. A few weeks later, I saw that some of the most hard-core change resisting people had mellowed down. This was because of the continuous conversations they had, new ways of looking at a problem, or seeing the bigger picture better.

All this is hard work for Srijan. They start something, they fail, but they start all over again, if they think that it is the right thing for their customers.

Customers—that’s where it all begins at Srijan. “Are we creating value for the customer’s business? What does the customer need us to be?” Because Srijan asks these questions often, relentlessly, they build solid differentiators that rivals will have a hard time matching up to. I have heard Srijan customers say that it’s easy to work with Srijan because they are so transparent. That they are confident that the team dedicated to them is really working on their project, and not someone else’s.

I am lucky that I get to see Srijan in transformation. As the head of a tiny company, this is an inspiring, fascinating view. I get to see a story unfold that is about greatness, failures, learning, growth, frustration, change, fear, fearlessness, vision…