“We Want to Bring DrupalCon to You” 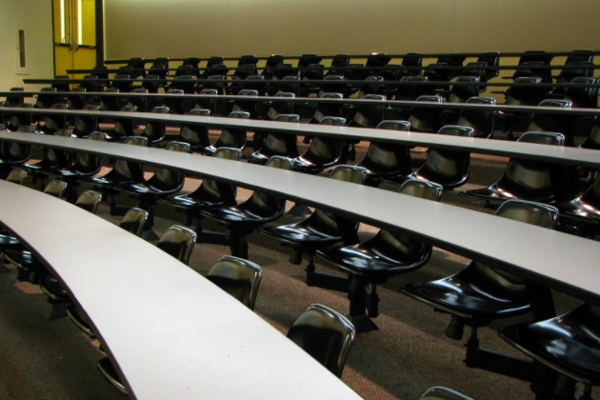 Drupal Camp Delhi 2015 opened at JNU Convention Centre to a packed auditorium of Drupal enthusiasts. The excitement grew manifold as Megan Sanicki took the stage for the keynote address and expressed her happiness at Drupal Camp Delhi being the longest running in India. Megan is Associate Director of Drupal Association.
Megan has been scouting for sites in India for a possible DrupalCon in 2016. "India is very important for Drupal", said Megan. She spoke about the increasing number of sponsors from India for DrupalCamps and DrupalCons across the world. After the US, it’s India that leads the traffic to drupal.org. Megan also spoke of India playing a key part in pushing Drupal into the enterprise segment. She mentioned how Dries had been surprised to learn, back in 2011, about well-known Drupal sites being delivered from India.
“We want to bring DrupalCon to you,” she said to the audience. “So that we can showcase your work, the great applications and talent to the rest of the world. A DrupalCon is a week filled with excitement, great conversations, coffees, late nights and learning. Once it’s over, the Drupal community is stronger!” And business-wise too, it’s good. “Sponsors see their business increase from that city within a year,” she said.
Megan then brought back the focus on DrupalCamps which are about building the community, and welcoming people to the Drupal universe. Megan focused on Drupal being an engine of great opportunity. She illustrated the growing need for Drupal developers and themers through the job postings on an Indian career portal. “There is not enough talent out there, and we need to be growing the talent. Of course, the great thing is that it’s driving salaries up! Students, you are in the right place,” she grinned.
The Drupal community is getting bigger. There are 33,000 developers today, and more than 2,200 are actively contributing to Drupal 8. “What got us to this number? It’s shared value systems,” she said. And a culture of ‘do-ocracy’, of just doing it. If you need a patch, go and make it. If you are stuck, you ask for help, and the community rises up to help you.
It’s this kind of an approach and Acquia’s investments that has pushed Drupal from being in the Visionary quadrant of Gartner’s Magic Quadrant for web content management solutions to the Leaders quadrant. “We are now seen by CIOs as competing with the others in the quadrant, such as Oracle, Adobe, Sitecore, IBM and HP,” she said.
“The more you give to Drupal, the more you get,” Megan said as she highlighted some great stories about Morten Birch Heide-Jargensen (mortendk), Vijaychandran Mani (vijaycs85) and Ashish Thakur (publicmind) of how their contributions and commitment to Drupal had led them to receive unflinching support from the community, find new opportunities, and secure jobs that enabled them to give back to the community.
Megan also shared her advice to those considering to pursue Drupal: “Learn Drupal. But don’t go it alone, use the community. Find a mentor. Give back to the community. And have a drupal.org user profile.”
And here is the packed auditorium of Drupal enthusiasts that we referred to earlier. :)

For more photos of the event please   click here