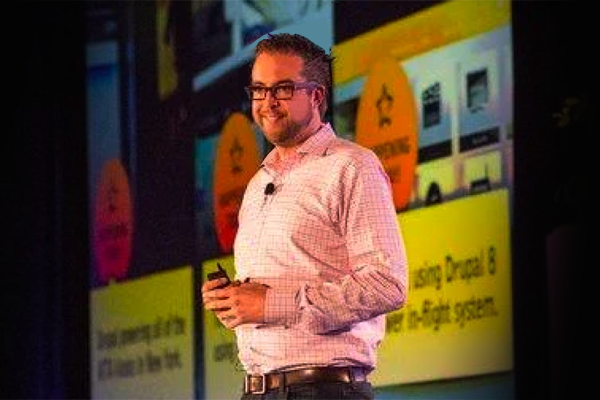 Now that we are done with the pre-note business, let’s move on to the the keynote by Dries. Or as it is more popularly known, the DriesNote. 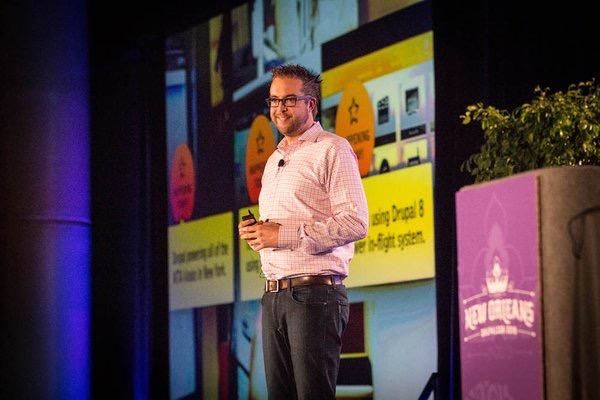 As always, it was a great keynote as Dries focussed on the following topics:

Drupal 8 Updates: Dries started off with taking stock of all the new features introduced in Drupal 8.1. Some of the notable ones were BigPipe for perceived performance, Javascript testing, Composer support, Spellcheck support in CKEditor and experiments UIs for migrations etc.  He also shared that Drupal 8 has three times the number of core contributor as compared to Drupal 7, with a count of 3,300+ as of now. YAY!!! He also talked about the new possibilities with Drupal 8 in different areas. 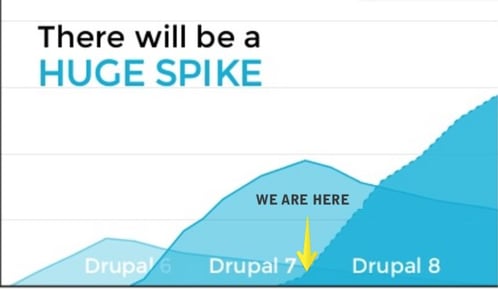 My fav slide. We are here#DriesNote

Market Perspective: There are many question when it comes to Drupal upgradation from D 1.0 to D 8.1:

In an effort to answer all this, Dries talked about the reinvention that happens with every new Drupal release with respect to the customer experience, editorial experience and the developer experience.

Great keynote by @Dries #driesnote Gave us a excellent starting point for further initiatives. My fav. is Migrate #drupal #drupalcon

Proposed Initiatives: At this stage, he also mentioned  how the Drupal community is focused on initiatives by clearly defining the goals and roadmaps for all our proposed, planned and active initiatives with respect to the customer, developer and editorial experience.

But nothing emphasizes the immense possibilities as hearing Dries speak with his usual passion. And if you missed DrupalCon NOLA, catch the DriesNote right here:

There is a lot in store with Drupal 8 and the DriesNote ended with a massive call to action for customers, Drupal shops, managers, architects and developers to start adopting and contributing to it any way they can.

Be sure to watch this space for the most fun bits of DrupalCon NOLA; the code sprints, parties and trivia nights.