Everything you need to know from DrupalCon Seattle 2019 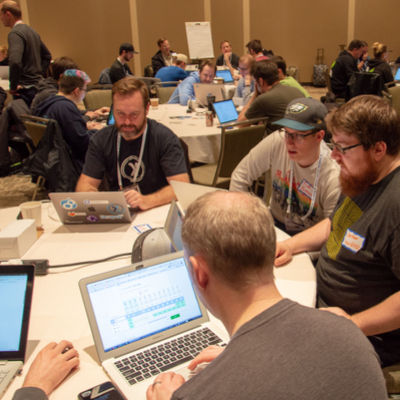 DrupalCon Seattle was my first community event of the year, and it was a great experience. Now that I've had some time to think about and process it all, I realise there's a tremendous amount of stuff that's going on in the community, and it's all super exciting.

While Gaurav already did a live roundup of the DriesNote at DrupalCon Seattle, I wanted to do a bit of a deep dive into all the key changes set to happen, and what it will mean for Drupal developers. So, here's me trying to put it all together, in one place. There's obviously going to be some things that I miss, but overall, here are my key takeaways from DrupalCOn Seattle 2019.

The State of Drupal 8

Besides that, Dries also touched upon the immediate next items on the roadmap:

There's a lot going on here, and we'll see a lot of development is three key facets:

This means improving Drupal's capabilities to serve content to different channels, varying from web to mobile to AI devices.

One of the biggest achievements in this respect is the addition of JSON API module in core in Drupal 8.7. Thanks to maintainers and contributors for JSON API, this module is so far the best work done by Drupal to expose content via APIs, allow in and out of content, and goes well with Drupal permission and revisioning out of the box.

One last round of props to the individuals + organizations behind the #Drupal 8.7 #jsonapi work. Over 2 years of amazing effort. Thanks for kicking it off, @e0ipso! 💜 #drupalcon pic.twitter.com/e1WQ6RZ0t5

Moving forward, the focus of the Drupal community will be on:

There were a couple of announcements at the Con that caught my attention:

I just stumbled across the new GitLab-driven UI for https://t.co/iGXRsx425Q repositories. Wow, what a difference! The UI is beautiful, and the UX is so improved that it was a shock. I love it. Thank you to everyone who worked on this! @drupal_infra #drupal

The focus on diversity

There was a distinct focus on supporting diversity within the Drupal community, and enabling individuals from under-represented groups to contribute to Drupal. True to that theme, about 50% of speakers at Drupalcon Seattle were from underrepresented groups.

50% of speakers at @DrupalConNA are from underrepresented groups (up from 33% two years ago). #fuckyeah #drupal #diversity @drupaldiversity

With the 2020 release date, Drupal 9 was obviously big at the Con. The complete timeline with D7 and D8 end-of-life and the D9 launch looks something like this:

The core concept of Drupal 9

Given the end-of-life and release timeline, here's what is being said as the best time to migrate to Drupal 9:

Basically, if you are on D7, now's the time to start migrating.

As a Drupal developer, the code sprints are probably the most exciting parts of DrupalCon. At Seattle, the Srijan team participated in the code sprint, working closely with Joël Pittet on Drupal 9 readiness issue list. We were able to patch 7 modules to take them a step closer to Drupal 9:

Going ahead, Srijan teams will be regularly contributing to Drupal 9, to make it more powerful for everyone.

So that was my roundup from DrupalCon Seattle. Anything I missed?

Please let me know in the comments below your impressions from the Con, and if you would like to add some interesting perspectives to the road ahead for Drupal.