Srijan is covered in "The Economist" 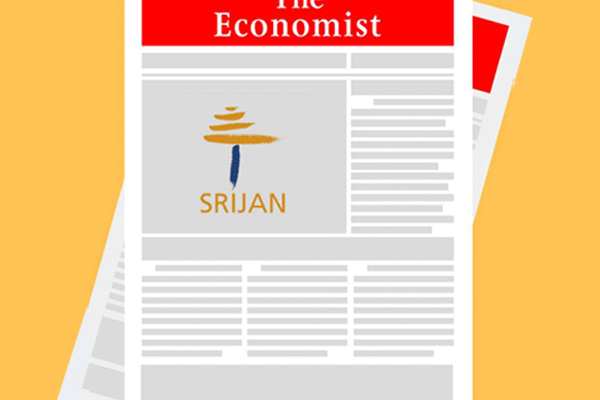 Srijan's policy of financial transparency, including in salaries of employees, directors and promoters alike has found recognition in the world's leading newspaper - "The Economist".

This is the big promise of open-book management: that it lets workers see the bigger picture. Some enthusiasts want to take it further. For instance, Srijan, a small Indian software company, keeps a Google spreadsheet that employees can check to see what each of their colleagues, including Rahul Dewan, the firm’s founder, is being paid. Dane Atkinson, the boss of SumAll, an American software start-up, wants to do even more. His firm has crafted a corporate “constitution” that lets employees get involved in all kinds of decision-making.

There are plenty of objections to all this. Corporate democracy might work at a tiny firm, but it would probably paralyse a big one. Transparency on pay could be horribly disruptive, especially at talent-heavy firms where output is hard to measure. At such firms, most staff typically believe that they perform better than average. Many would be furious to discover that a co-worker they deem less able is better paid. Mr Dewan insists that secrecy is pointless: people soon learn what other folk earn via an internal grapevine. Really? Schumpeter has no idea what Bagehot earns. Far too much, probably.

The article -- "Corporate burlesque - The case for stripping away the secrecy surrounding firms’ finances", covers Srijan and i. A journalist from that newspaper contacted us having read about us on this blog post on "being open with financial information". A 30 minute interview with the journalist led to this small coverage.

The coverage however does indicate that we're consistent with our message and with our open book policy as well.

Here's the scan of the magazine and the article:

Srijan gets coverage in "The Economist" from Srijan Technologies