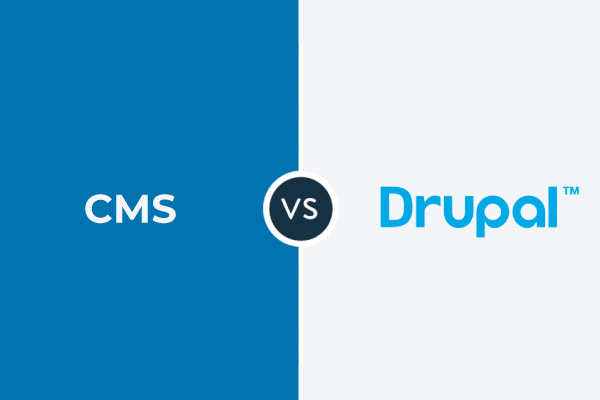 Our proprietary CMS does this for us. Can it be done with Drupal?

As a Drupal solution provider company, we deal with such questions a lot. Drupal pitted against other open source tools and proprietary tools. But it is heartening to see that over the last couple of years, the comparison is more with the latter than the former. The credit for that goes to Acquia for strengthening Drupal support with their cloud offerings, the community for being so active and responsive (a thriving community is important for any open source tool), and companies implementing great solutions based on Drupal.

The motivation to write this piece came from a recent call that we had with an existing client. We are engaged with a subsidiary company of this client. We are implementing a solution for them, the phase one of which is already live, and the second phase is in progress. As an organization, they use one of the proprietary CMS tools and are speculating if they should pay a huge license fee to upgrade, and then put in more money and effort to migrate to the new version available, or invest in Drupal instead. Hence, the call was to understand if Drupal was a good fit for them as an organizational solution. Their subsidiary has already switched to Drupal.

During the call, the thing that struck the prospective client the most was when I told them that we were able to get the new website up for their subsidiary company, based on the provided page designs in less than four weeks, and took it live in less than six.

Anyone who has used heavyweight proprietary tools would know that doing the same thing with these tools would be highly unlikely if not impossible. Even installing heavyweights like Opentext (earlier Vignette), Interwoven, SDL Tridion takes weeks before you can get to implement anything on them.

The advantages of a unified platform

An important thing that has been highlighted time and again at various forums and by many industry analysts is that Drupal unifies Content, Community and Commerce on a single platform. Imagine the power that this provides to an organization: having the same tool catering to all their marketing platform needs instead of having to spend money to integrate different tools for different needs, and then managing teams with different skillsets.

One could argue that this can lock you into one product, possibly limiting your capabilities to innovate or choose another tool having richer feature set in that particular area. But unlike the proprietary tools and many open source tools, having Drupal as the unified solution for serving up all your content, communities and commerce has many upsides. Drupal currently boasts of thousands of contributed modules solving a huge variety of problems. So chances are that what one is trying to build is already out there. These modules can be downloaded, plugged in, configured and you are all set to go.

Now, in certain situations it is possible that a module caters to most requirements barring a few. In those cases these modules almost always have certain hooks exposed that can be further enhanced based on your needs. What you build can be given back to the community by contributing to the same module.

Such a huge library of functionality modules is almost non-existent for heavyweights like Interwoven and OpenText. SDL Tridion started this at some point, but lost their way and hence their library has only a few reusable modules. The reason Srijan was able to get the site up in less than four weeks is attributed to this huge list of available modules. The site was integrated with:

All this was done with the entire branding, styling and the UI piece.

In case there is nothing in the contributed modules that matches the requirements then it is always possible to spin out a custom module specifically catering to your needs.

Lastly, consider a scenario where you don’t want to develop the entire functionality by yourself and have set your eyes on a tool which can readily come in and solve the problem at hand. Drupal provides the flexibility to be able to integrate with external tools. For example, being able to call/expose REST/SOAP services, push pull content to various external repository, integrate with various CDNs like Amazon S3FS etc. Chances are that modules for integrating with these popular tools already exist. A couple exist for Amazon S3FS integration, for instance.

Drupal has been implemented in a way to push developers to think in terms of modules, follow certain best practices so that it is easier to leverage and share contributed modules for rapid development of your web applications.

The other key concerns when considering a tool like Drupal is security, and Drupal’s ability to scale and handle high traffic. These topics have been discussed in lots of forums and hence I am not going to delve into this a lot. Instead, here are some websites leveraging Drupal and they will speak for Drupal for addressing these concerns:

Move to an agile platform

A lot of organizations today are speculating on replacing their proprietary CMS tools with Drupal but are either not clear about the strategy to switch or think that it is nearly impossible to replace a proprietary tool just because a huge amount of money has been invested in license cost and setting up these tools. The answer, IMHO, to both these conundrums is tied together. The time to move to an agile, adaptable and nimble marketing platform is now. And there is no real need for a big bang approach here. Remaining invested in a bad deal is going to cost more than the change itself.

All migration projects can start with identification of one web property which is strategic but small, and which can possibly become a template to roll out the change to other applications, gradually. One successful change, migration and go live will provide tons of confidence in visualizing the bigger picture. Here too, Drupal is armed with certain migration modules to enable migration of content from a few legacy and open source CMS tools.

As businesses pick up the speed of the Internet, it is tedious for an organization to be weighed down with platforms that are not flexible or scalable. It’s the era of agile platforms. Welcome to Drupal.