Prepping Up For Apigee Developer Portal Migration To Drupal 8 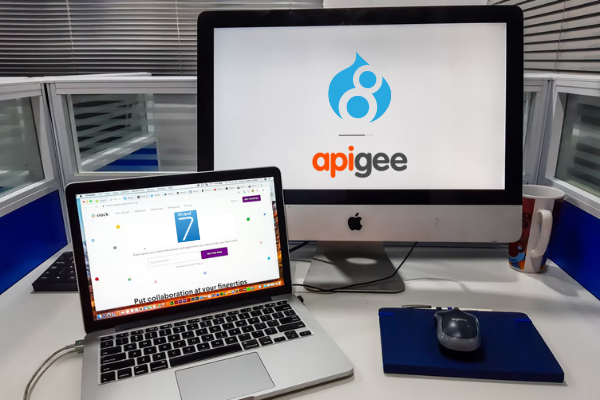 As APIGEE end of support for Drupal 7 in May 2020 is combined with Drupal 7 end of life in Nov 2021, developer portal are not left with many choices - migrate to Drupal 8 or continue with Apigee’s integrated portals.

Benefits of Migrating Your Developer Portal to Drupal 8

With continued effort of the Drupal community for its long-term sustainability and more effortless adoption, complete re-architecturing of Drupal 8 has made it different from the previous migrations. There are many ways why Drupal 7 can put your developer portal at risk

Drupal 8 with its performance-enhancing features and modules can turn your developer portal into a speedy and high performing one. Let’s look at what makes Drupal 8 the best version to be on:

Planning Your Migration - Your To Do Checklist

It is important to follow the best approach for the migration process. Having spent too much time on building the right content for your developer portal, you would not want to drop your stats without a proper plan. Content migration becomes a significant decision for your business.

When you think of developer portal migration to Drupal 8, you need to look into enhancements to the front-end features such as smartDocs API reference documentation, theme editor enhancements, default portal theme and content enhancements, quick start and how developer accounts are managed using the developer identity service.

To ease the process of migration, maximum time should be spent on planning. If properly administered, this will further bring down the number of hours spent on the actual migration. Though content migration is a tedious task, however, strategizing it well in advance will make the developers smoothly execute the process.

One would need one of these two steps to migrate their developer portal to Drupal 8:

Now, let’s take a look at the pointers to consider before migration:

It is always a good practice to take a backup of your entire website before starting with the migration process. This can be done with the help of Backup and Migrate module to create a database dump to save all your Drupal database tables into a single file download, to be later used for restoring at a later stage.

It is recommended to download a backup prior to updating or installing modules.

Create a private directory to store backups on the server by following the below 3 steps:

Having a quick yet thorough check of the website for the entire set of features and functionalities of your developer portal will give you an idea of moving on from irrelevant ones. Do check if you want to drop off with any content or content types post analyzing them. This is the time when the need for new content types arises.

Like content types, it is important to figure out which of these fields should be migrated. You should check which of the fields are important in your existing site and which of them are no longer relevant for the new site. Examine the number of users logging in, reviews, ratings, views and other taxonomy terms too.

In this way, you get a chance to completely revamp the architecture of your website.

Migrating web content is an integral business decision where you must take precautions to avoid any security breach or data theft. Ensuring your database and development infrastructure is up-to-date with the latest upgrade, wiping out all your data including user accounts from database infrastructure and not sending database dump via unsafe channels are few things which need to be kept in mind.

Up until Drupal 7, PHPTemplate has been the default Drupal Theme engine. But Drupal 8 uses Twigs (part of Symfony2 framework) to render pages in a highly flexible and secure way. It won’t allow your existing (D7) theme to port directly to D8. Note that no single module can move your existing theme to Drupal 8.

Drupal 7 core modules and many contributed modules are now available in Drupal 8 core. While most of them are automatically upgraded, a few modules will need manual upgrade as they are not mapped to the same Drupal 8 module or are now segregated into different modules.

Due to Drupal 8’s revamped architecture, if you’re unable to find a particular contributed module in Drupal 8, you can:

However, when it comes to custom modules, you need to port them in Drupal 8. You can hire Drupal developers who can help you with porting the modules.

All you need to do the following things before migrating the developer portal to Drupal 8:

Migrating your developer portal to the latest version is a difficult decision to make. However, it proves to be a brilliant decision once you get a secure, accessible, modern, and responsive website, which suits your needs and stays compatible with updates for years.

For a successful migration that keeps in mind all these steps, you'll need to work with experienced developers. Our team of experts can help you in migrating your developer portal to Drupal 8 to future proof your digital presence, solve your queries around API security and provide a range of services around API designed with a strategy tailored to your success. Contact us today.