Open-source vs Proprietary Software - Which One Is More Secure? 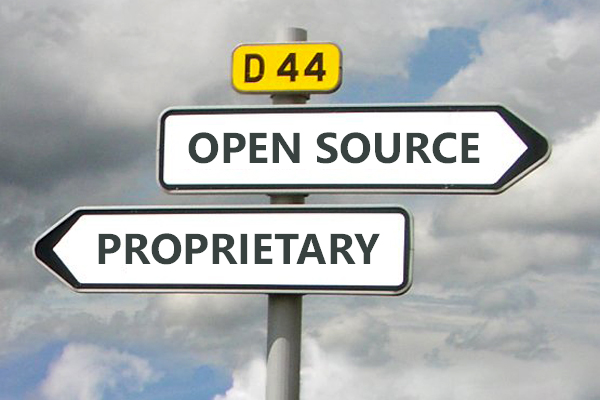 Today, IT security is paramount to succeed in business. Enterprises are spending hefty amount on security than ever before. Progress in both security and hacking technologies such as intrusion detection systems, honey pots, honeynets, and other various security-related hardware and software solutions are showcasing the pressing need for transformation in the information security domain.

One of the reports by Gartner cited that enterprises in India alone are going to spend laboriously on the information security front which will mark up to US$2 billion in 2020.

The increasing awareness on the benefits of the risk assessment and the realization of the fact that security is one of the driving forces for digital transformation are boosting enterprise security globally.

The battle between open-source and proprietary software has been throwing a fit since long. Multiple issues and concerns are being examined and scrutinized by both sides of the story. In the most recent phase of this fanatical dispute, both camps have inspected the issue of security with serious tenacity.

Having said that, let’s take a sneak peek into this blog for further insights on the same.

Myths Are Meant to Be Debunked

#Myth1: Anyone can view the code

Because it is open source, anyone can view the code. People often want to argue that being able to view the code allows nefarious hackers to look at it and exploit vulnerabilities.

However, this openness enables collaboration. Unlike, say, one proprietary software, which is developed and is maintained by a single company, Drupal is developed and maintained by more than one hundred thousand programmers around the world. These programmers might work for companies that compete with each other, or they might volunteer to create something new that’s then given away. For free.

In fact, in 2015 Google open sourced its artificial intelligence engine, TensorFlow. Something which is a core part of its business. It hoped more developers would make the software better as they adapted it to their own needs. And it did, by making it open source, Google boasts of more than 1,300 developers, outside Google, have worked on TensorFlow making it one of the standard frameworks for developing AI applications, which could bolster its cloud-hosted AI services.

#Myth2: Proprietary software are secure and not prone to attacks

There have been multiple instances in the past that depicts that proprietary software has been attacked several times. Such as:

With that said, it's evident that proprietary software is also easily vulnerable to attacks!

Although countermeasures like anti-virus programs and security patches were implemented to mitigate the threats and weaknesses, the long-term and especially exorbitant effects of these dangers have been engraved for permanent into the memories of people all over the world. This is because these attacks not only damaged vital electronic data but also shut down business operations and services, and facilitated malicious infiltration and theft of money & proprietary information.

The term “open-source”, popular since its inception in the late 70s and early 80s has come from a revolution, “open-source revolution”, which completely revamped the way software is developed- resulting in the birth of the community-generated software development method.

In 1971, Richard Stallman, a young software engineer from Harvard, joined the MIT Artificial Intelligence Lab with the intent of developing computing platforms. After serving for a few years in the early 1980s, the MIT Lab became extinct due to the booming of proprietary software in the market and lost its talented developers to privately held tech companies.

Stallman, who was closely involved in the field knew customers’ software requirements believed customers should be empowered enough to fix and debug the software themselves instead of simply operating it.

The majority of software until now was controlled in its entirety by the developer where individual user rights were completely discarded. This was also a pain point for MIT AI Lab since they failed to incorporate this feature into their software development strategies.

The Disembarkation of the Free Software Movement

But this was until 1984. Post evaluation, Stallman began his GNU Project. Initiating with a compiler, GCC and a new operating systems-Stallman felt that GNU project was the major turning point in the evolution of free software community.

Stallman believed that software should be available for free in terms of accessibility. Hence, the Free Software Foundation (FSF) was formulated so that users can run, modify, update, and disseminate software in the community.

Later on, he also introduced the concept of copyleft, wherein a program is first copyrighted, and then additional distribution terms are added for its further use.

Proprietary CMS comes up with a set of restrictions which makes it less flexible in comparison to open-source software.

The contribution and development teams of proprietary cms are smaller, which makes it evident that there is a probability of missing out on mistakes and bugs in the code

It might appear that closed source software or proprietary software is more secure since the code is not available. But unfortunately, it is not the case! The contribution and development teams of proprietary CMS are smaller, which makes it evident that there is a probability of missing out on mistakes and bugs in the code.

Not many customizations options

Since these proprietary CMS are developed for a specific kind of industry and audience, it gets difficult to customize the website to fit the exact needs of the people. Users are not building their system so it's obvious that they will have limited flexibility options.

Portability is beyond the bounds of possibility

Users don’t have an option to extract data and files out of their system with a proprietary solution. They are quite restricted because they won’t be able to even move their website from one hosting service to another.

Several CMS vendors don’t upgrade their platforms, so it's better to do a bit of research first and then jump onto doing business with a vendor

Since the company owns the platform and the storage space your website will be built upon, you’ll have to manifest a lot of trust into your vendor. They will have to continuously develop and refine their software, to handle their consumers’ needs better. The vendor should also be in reach whenever you need assistance with your website

Several CMS vendors don’t upgrade their platforms, so it's better to do a bit of research first and then jump onto doing business with a vendor.

You are just renting software

Even if you have bought the proprietary CMS, you won’t own the code it's built with. It is not yours and hence requires a monthly rent from you, to keep your website running.

People in the open-source community come forward to find solutions, assist each other, and to share extensions that would benefit the masses

This implies that the source code is available for anyone who wishes to study it, analyze it, and modify it in any way.

Thanks to this feature that people can easily extend the code and add specific functionalities as per their requirements.

There is always a primary group of developers, similar to WordPress but it is also supported by its user base. People in the open-source community come forward to find solutions, assist each other, and to share extensions that would benefit the masses. 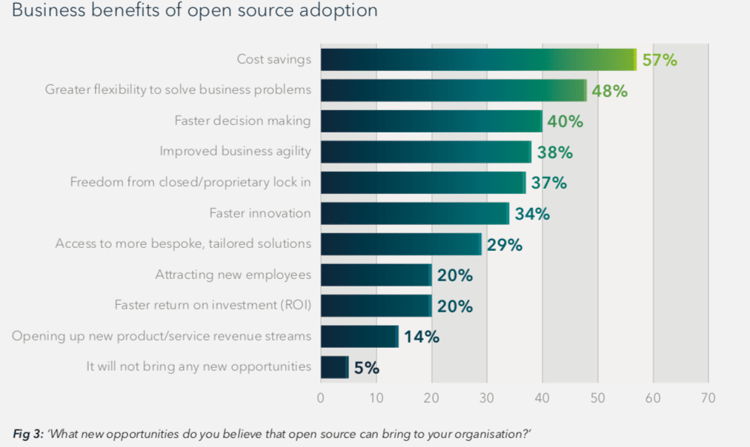 Most of them, like Drupal, offers one-click installs in the control panel of the accompanying hosting service, which again is very user-friendly and comfortable.

You can easily make use of plenty of extensions, themes, and a variety of tools for free. However, there are plenty of paid extensions and themes as well. Some solutions can only be leveraged with paid software. An open-source CMS is usually the most budget-friendly solution.

It is interesting to see that there are so many open-source software alternatives for the existing proprietary software which are equivalent or more reliable, secure, and flexible.

If you are contemplating to migrate from proprietary software to open-source, you can surely - that too with ease!

Drupal, having a proven track record of being the most secure CMS, has been rolling with punches against critical internet susceptibleness. Thanks to Drupal security team for earnestly finding anomalies, authenticating them, and responding to security issues.

The responsibilities of the security team include documentation of these identifications and alterations made so that developers don’t feel heebie-jeebies when faced with similar kind of situation.

Drupal community comprises of over 100,000 contributors towards its enhancement

Besides, the team also assists the infrastructure team to keep the Drupal.org infrastructure secure. They ensure that any security issues for code hosted on Drupal are reviewed, reported, and solved in the shortest period possible.

Statistics Says It All

Sucuri, a security platform for websites, curated the “Hacked website report 2018”. It evaluated more than 34,000 compromised websites. Among the statistics it shared, one of the factors was to juxtapose the affected open-source CMS applications. 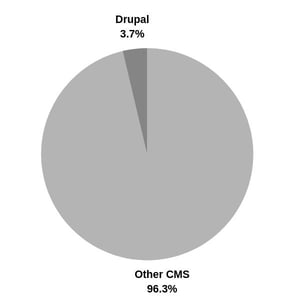 The results were clearly on Drupal’s side declaring it a better WCMS than other leading platforms for preventing safety hazards.

The infection crept in these websites due to improper deployment, configuration, and maintenance. 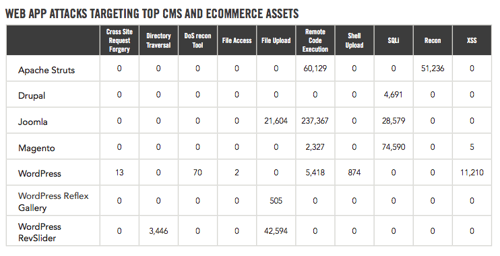 Difference Between Open-source and Proprietary Software

Website security has always been a cause of hindrance in the journey of digital transformation and survival due to several potential threats.

Open-source software can be considered as a befitting solution than a closed source or proprietary software. Further, this report indicates that there is an obvious desire among companies to adopt open-source technology and also prioritize the task of enhancing security in their organization.

However, it all depends on the preferences and needs of the organization and the on-going project for their digital business.

Drupal, an open-source content management framework, comes out as the most secure CMS in comparison to the leading players in the market.

It has been the pacesetter when it comes to opting the security focussed CMS. More individuals working on and reviewing the product always means a higher chance of a secure product!