Non-Functional Requirements - The secret sauce of a successful project delivery 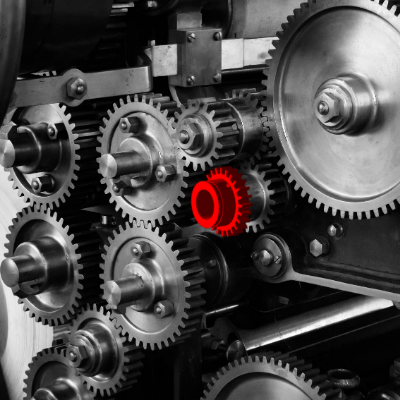 Trade-offs are not easy. Not especially if it is over choosing the optimal features and functions when developing an application. Which often happens because it is unclear for developers what criteria they should use to make design decisions and why.

To build an architecture optimised for achieving the business goals without losing the sight from future, a small criteria should be taken care of, this is where the NFR comes in to picture.

Non-Functional requirements “NFRs” are key ingredients behind the success of a product. They generally specify the quality attribute of a software system. Although super important, they can easily be missed in the trade offs. This article helps you understand what are NFRs, their importance, and at what stage these should be agreed with the client.

Difference between Functional and Non-Functional Requirements

Functional requirements capture what the system should or should not do while the NFR captures the “how” part. In case the system does not meet the NFRs expectation it still performs the basic purpose.

Let’s understand this in a very simple way - you click on a search result on Google the functional part is that you should see the page once it's loaded, however, the non-functional part can be how fast it loads.

NFRs are decided and agreed as per the project requirements. There can be a long list that we can discuss, however, in this article we will be talking about few important ones:

Avoid any loss to business and users interest

Consider a case where you have kickstarted a fixed bid project to develop an iOS app for a client. All the bells and whistles had been discussed around the features but what went missing were the NFRs.

The app development ran smooth, however, during the UAT (User Acceptance Testing) phase there was a version upgrade and the mobile app started acting randomly for some features. The client does not like this and wants you to fix (obviously does not want to pay) while you believe this is a Change Request as the case related to version upgrade was neither captured nor estimated in.

So why did such a thing happen in the first place?

Clearly no alignments were made with the client around the version upgrade during the discovery phase of the project. So, now what happens is 9.9/10 times the duration of development exceeds the original estimates leading to a conflict between the client and the delivery team about who should absorb the extra costs

Above is a very simple example which showcases the importance of agreeing upon the NFRs.These requirements when handled well avoids any loss to business, users interest and credibility.

The right stage to capture NFRs

Capturing NFRs should be religiously followed during the discovery stage of the project. The business analyst on the project should ask all the relevant questions which might otherwise be missed because the client isn’t aware or thinks that these are obvious things which will get captured and delivered.

Who should the NFRs be agreed upon with?

The collated NFRs should be shared with all the stakeholders from the client’s end. These could be stakeholders responsible for design, performance, security, accessibility to mention a few. However, the business analyst should ensure that a due agreement on NFRs is reached before the kick-start of the development phase.

Strategizing the involvement and management of NFRs right ahead of the projects brings clarity for both the parties. The timely estimates and consideration enable timely and successful delivery of your projects without the additional overdue costs. Overall, NFRs contribute to the strengthening the pillars of successful project delivery.