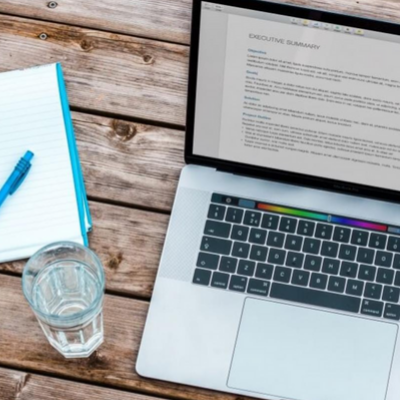 Headless Automation testing is a way to run light-weight tests without opening a physical browser. Headless, as the word suggests, means without being seen. So basically, a headless browser is a web browser without a graphical user interface. Hence, with Headless Automation, users would not see any direct browser interaction and most of the functionalities would run from the back end, via command-line interface or network communication.

Now let's dive into Headless Automation with Selenium and PhantomJS

Initially, I used Casperjs to carry out automation for a few test cases.  Being new to JavaScript, it was a bit time consuming for me to learn the implementation of Casperjs along with the implementation of JavaScript. So now I use PhantomJS driver for headless automation with Casperjs as a wrapper over PhantomJS to extend its capability. It was quite easy to implement and interesting to see it run in a headless way.  That is when I started researching other ways of integrating PhantomJS with Selenium. After quite a bit of research I found out that the PhantomJS driver is itself readily available with the Selenium library.

Before we go any further, let’s understand what PhantomJS is. It is a webkit which runs headless with an inbuilt JavaScript API. It has fast and native support for various web standards such as DOM handling, CSS selector, JSON etc. It is quite fast as compared to running tests using Selenium web driver. PhantomJS uses the WebDriver Wire Protocol implementation which is achieved by GhostDriver running at the back end of PhantomJS.

Using PhantomJS driver with Selenium is quite easy, since one can use their own implementation technique to automate test suites using PhantomJS. For example, I used Java to implement the test scenarios with PhantomJS as a browser to run the desired test cases.

Now let’s get down to business.

The following screen will appear 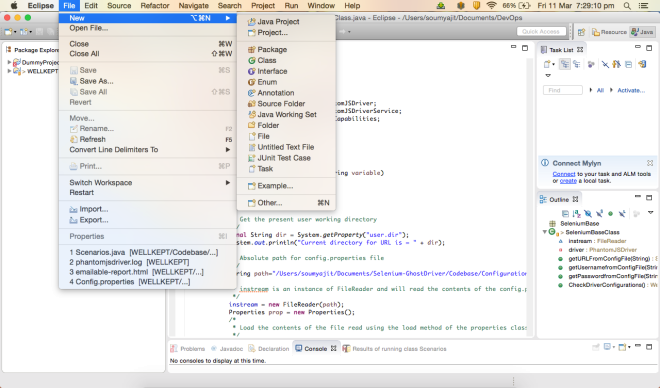 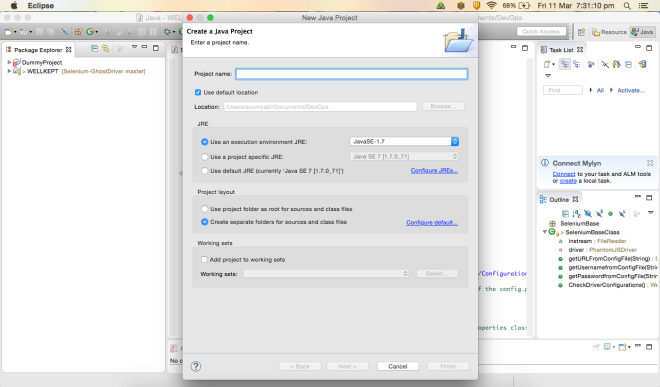 Step-2: Create the required project. Now when you click on you project you will see the following folder structure. 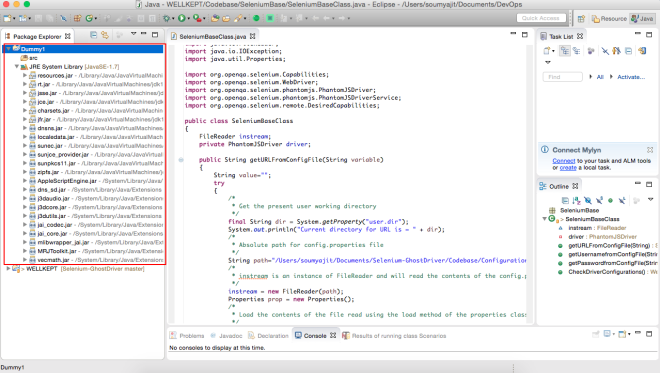 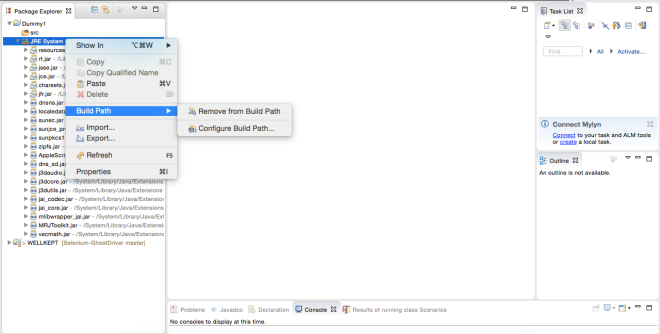 Step-3: By default there would be a set of system jars present. You would have to import the required selenium jars in order to get started. Follow the required screenshots 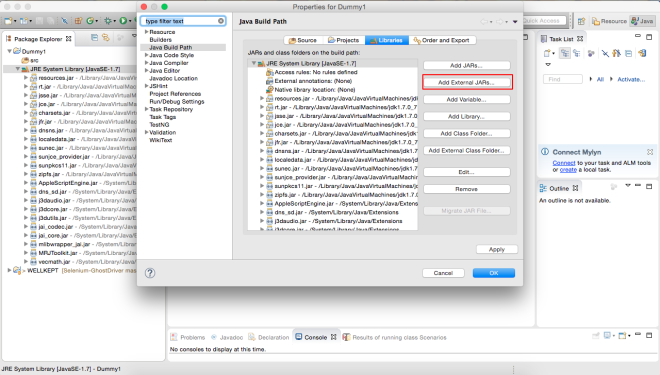 Now comes the secret ingredient that would help you start running your automation using PhantomJS.

As you can see, I have used Capabilities class and its required methods to configure the driver instance as in order begin execution on the browser side. In the above snippet, I have set the desired capability to get the path of the binary PhantomJS execution file. Also, I have set PhantomJS to take screenshots.

You can also set the capability to ignore all SSL alerts appearing by using this line of code:

I have used absolute path to point to the PhantomJS binary execution file. But best practice is to use relative path as it would be more generic to a system.

And now we are set to run our automation test case. 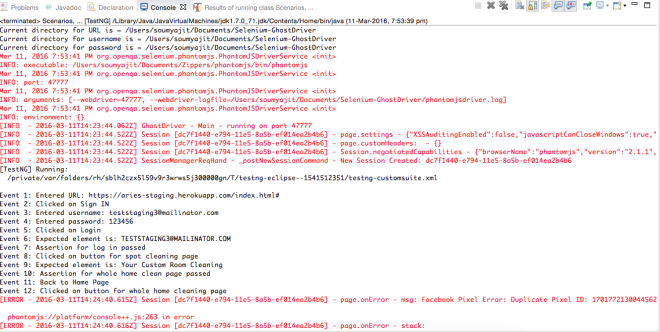 This is the view of my console where the test cases are running.

A few points with respect to the console where you see the test cases running: 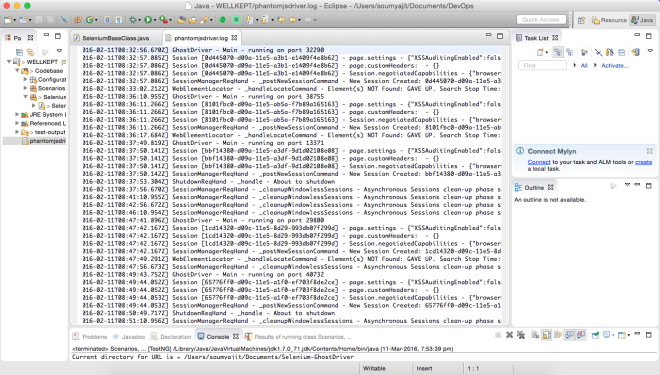 So this is the long and short of headless automation using phantomjs. For further resources you can visit //github.com/SoumyajitBasu1988/Selenium-PhantomJSDriver

Please do provide your feedback and any doubts in the comments below.