“The greatest thing about Drupal is its community” – Holly Ross 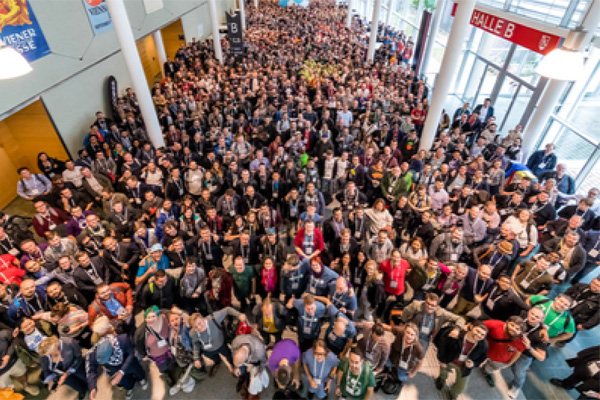 Drupal Camp Delhi 2013 opened with a webcast address by Holly Ross, Executive Director of Drupal Association. She started off taking a count of people who were attending a Drupal Camp for the first time. And was excited to see the number of people interested in Drupal.

Holly introduced Drupal to the audience and spoke about the capabilities of the platform. “You can do anything you can dream, in Drupal,” she said.

“But the greatest thing about Drupal is its community,” she said.

She went on to talk about the release of Drupal, Drupal 8. Drupal acts as the center of your whole experience. And Drupal 8 makes it even better. D8 has better configuration management, so adding modules is going to be easier. “D8 is going to ship with responsive themes, so you would be able to make mobile-ready websites out of the box,” Holly shared. Content editors and admins would be able to access the website backend using their mobile handsets to make changes. And you would get the choice of language right at the beginning of web development. Holly also emphasized that working on D8 would be a huge change for those who were used to working in D7.

She spoke about the expected release date for D8. While it is tentatively expected to be in the summer of 2014, the focus would be to ensure that it would be the best Drupal release ever.
She also encouraged the audience to make contributions to D8 and help it launch faster, better. She spoke about the various ways to contribute including testing, documentation, and coding. And that mentoring was available to help those interested in contributing to get ready to do their first core commit (www.drupal-org/core-mentoring).

A great example of the community at work!

Holly also spoke about the work of Drupal Association including availability of seed funds for new initiatives that further the development of the community.