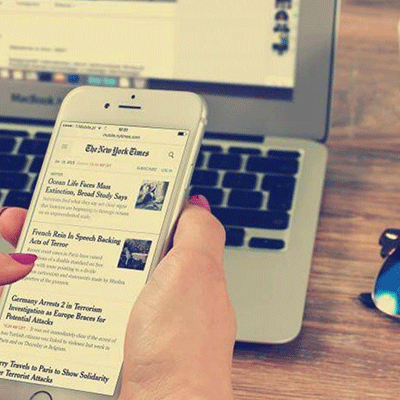 A great session by Kalle Varisvirta at DrupalCon Barcelona 2015 on how drupal can be used more than just a tool to build websites. Drupal is a great platform which can be used as a bridging component between things you see around and turning them to speak your language.

Till now web services initiative was more focussed for making UI/UX better by changing monolithic cms approach. But the catch is to see Drupal as a content repository and Service Platform, which will be lot more easier after drupal 8 since now REST API is in the core.

Drupal was developed to build websites.

Then integration were built to allow Drupal to interact with Third Party Applications.

Then Drupal was made responsive, which was to serve mobile ready HTML.

Then approach opened up in directions of making Drupal Headless, which is Drupal as a Service Platform.

From having a cup of coffee while working on Drupal, it has now come down to Drupal making a coffee for you.

In the session Kalle showed Hypothesis on using Drupal as a bridge between devices.

Smart tracking device that you wear will collect data and post it to Drupal, while Drupal will do the heavy lifting for data manipulations and building reports, which will be further consumed by other resources. It can be a web application built over data exposed by Drupal showing graphs and your health patterns.

In this example, it can be a health app installed on your mobile device. Using polling service, notifications can be triggered from Drupal so if the tracking device does not collect data for a period of time, Drupal can trigger a push notification to provoke you for a workout.

Drupal can help you connect with your friends, and set up challenges among your friend circle.

Have you ever thought of your fridge ordering a beer for you? Well drupal can help you here!

Idea is same, Drupal will consume data from device this time. It would be a device within your refrigerator, pushing data in a format defined by exposed REST API. So let’s say installed device will identify stuff in your refrigerator, which can be groceries or a beer. It will supply identified data to Drupal. Now logic can be built to show you a cooking recipe possible in the stuff available, or if you are out of stock Drupal can trigger push notification to your mobile device reminding you to purchase.

Drupal can also be integrated with an e-commerce store to place an order for you on the basis of your food routine, and choices configured in your user profile.