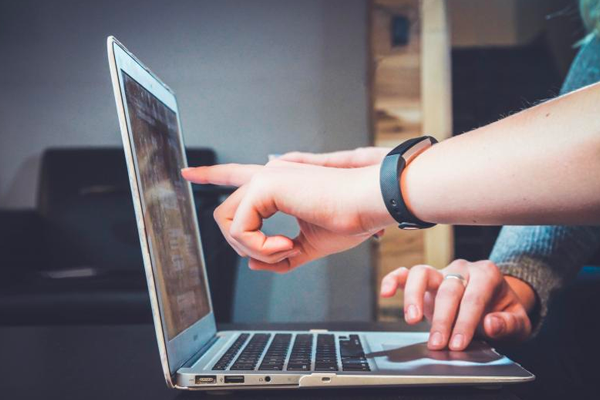 AVTranz is a leading verbatim transcription and electronic reporting services provider based out of Phoenix, Arizona that services courts and government agencies throughout the USA.

has two applications written in Drupal: a customer facing portal called the New Hampshire Storefront, and an online rich media management system called The Court Record Online v2 (TCRO2). The storefront is used to communicate and transact with the clients. TCRO2 facilitates communication with transcription service providers and handles ordering, uploading of digital records, assignment and preparation of the transcript as well as the final delivery of the transcript and payment. TCRO2 is accessible to the company managers, proofreaders transcribers. Heavy audio files are required to be transferred between the two systems. Cron was used as the job scheduler between the two systems.

Whenever heavy audio files had to be imported from the storefront to TCRO2, there would be a significant degradation in the website performance, bringing it to an almost halt. Files would take a long time to be imported, and failures were common or would not get reported by the system. The AVTranz team understood that there were some issues in the way functioned which led to these issues. A Drupal agency in the US had been working on the systems for one and years. AVTranz their contract and started exploring Drupal vendors to solve the problems they faced.

AVTranz approached several Drupal agencies across India. Srijan was one of the only two companies which could understand the challenges faced by AVTranz. And, Srijan was the only company which was ready to spend to review the with respect to the problem statement. During this exploration, Srijan identified the root cause of the issue as batch processing of files. This convinced AVTranz about Srijan’s ability to solve the issues faced.

Once convinced, about Srijan’s client focus and capabilities, AVTranz sanctioned a ‘Discovery Phase’ to solve the known problems and identify improvements in specific areas of the system by following Srijan’s Agile processes. At the end of this phase, Srijan delivered a report which identified the various issues in the workflow which led to the performance degradation. Srijan also identified more issues with the application that put it at a security risk. Because of some of these issues, the costing calculations were also not accurate. All of this had a direct impact on the productivity levels of the AVTranz managers as the system frequently required manual intervention.

Team and process: For the implementation phase, Srijan’s team involved in the discovery phase, a Business Analyst and a Tech Architect, continued on the project. A dedicated development team was staffed, in addition this phase. The manager from the customer’s side was an active participant throughout this process.

The most critical pieces of the system were taken up first leading to demonstration of success. Through the sprints, the team took on additional tasks, while some low priority tasks were dropped from the development cycle. Having a Product Owner from AVTranz who was being involved daily with the team enabled this flexibility.

Architectural changes: Srijan replaced with REST API. This improved performance and brought stability to the system. Now, there is a trigger system in place that results in faster file transfer to TCRO2 from New Hampshire Storefront. The improved synchronization between the two systems has ensured that the website functions smoothly during the transfer process as well.

Managing security risks: Srijan re-configured the file settings to ensure high privacy to files and data. Srijan also implemented OAuth (authentication), another layer of security. To improve the security further, the communication between the two systems was changed from XML to JSON.

Post-launch, as new orders were received, the bottleneck shifted to another part of the system (which was not part of original scope with Srijan). This was unforeseen and brought the systems down. Srijan’s team responded immediately. Having a dedicated team working in the Agile model ensured that the team could react in time. Another sprint was added and the bottlenecks were eliminated.

Performance improvement: There is a significant improvement in performance. Pages load much faster with JSON-based REST API. The new automatic data maintenance module ensures that no unnecessary files are preserved.

Improved security: Security of the system has improved with new measures taken at various levels. Now it is not possible to get unauthorized access to files and data.

Further savings: A stabilized system has allowed the customer to complete full migration and decommission redundant servers saving more than $1,000 per month.

Improved satisfaction: Contractor (transcribers and proofreaders) satisfaction with the site has gone up dramatically. A productivity gain of over 30% for contractors has been achieved.

On-time delivery rates up: The smoothly functioning system has led to delivery of projects improving from 86% to over 95% each month.

Agile Development | Product Engineering | Drupal - A Success Story from Srijan Technologies
Drop us a line below and get in touch with us.