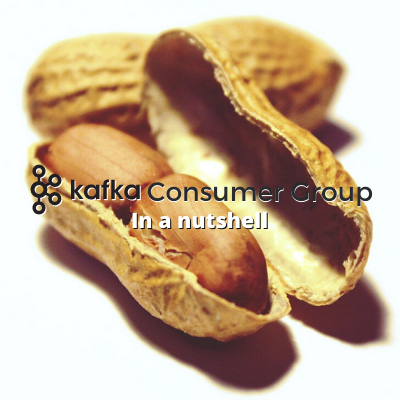 In a big data system, the volume of data produced every second is very high. Owing to this, enterprises feel the need for platforms, technologies, and frameworks to help them handle this data effectively and efficiently. Kafka is one such framework and is one of the important tools in the big data ecosystem. It is a distributed streaming platform that can ingest and process large volumes of data.

Producer, Admin, and Consumers are the three different types of Kafka clients. Consumers read the streams, process, and forward it to some other Kafka topics or persistence storage. Using consumers efficiently is very important in Kafka. If data is produced faster than it is consumed then this introduces a lag in the system because the data is not being processed in real-time. To tackle this problem we use the Kafka Consumer group. In this blog, we will cover the crucial concepts of consumer group partitioning, rebalancing, and consumer lag in a nutshell.

Ensembling multiple consumers in Kafka is called Consumer Group. With this, the data is divided into equal numbers of consumers in the group. Consumers within a group have the same group id. Let us understand how to create and manage consumer groups with an example. 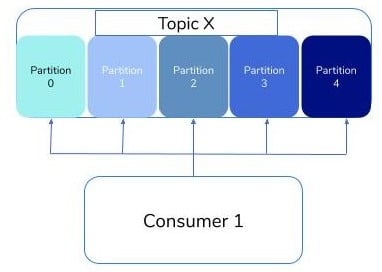 In the above diagram, we can see that a single consumer is trying to read the data from multiple partitions. This causes the bottleneck in processing information and introduces a lag. 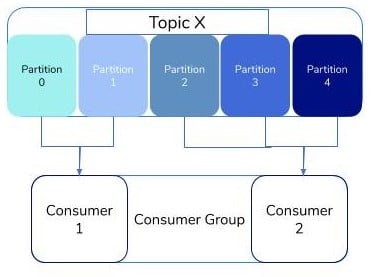 Whenever consumers are added or removed, rebalancing occurs in the group, or the number of partitions is modified. During rebalancing, the reassignment of the partitions to the consumer is performed by the group co-ordinator to ensure high availability and scalability.

During threading in an application, the consumer must belong to only a single thread and a thread can only contain a single consumer to be thread-safe.

A leader is responsible for assigning the partitions to all the consumers in the group. It has two partition assignment policies built into it, which are:

We also can create the custom partitions by implementing partition.assignment.strategy.

Consumer lag is one of the most important metrics in kafka deployment. We need to calculate the time difference between the current consumer offset and the current topic offset.

Consumer lag is one of the most important metrics in Kafka deployment. We need to calculate the time difference between the current consumer offset and the current topic offset.

This metric will indicate how far behind the application is from processing the latest information. You may have an application that can accept large latency but our goal must be to keep the latency as small as possible. Measuring consumer lag is imprecise because there is no way to retrieve the current consumer offset and current topic partition offset in the same operation. For measuring the lag with minimal error your monitoring application must run a monitoring application job in parallel to measure both consumer offset and current topic offset.

Kafka continues to become popular among organizations as it allows them to have a huge number of messages without the drawbacks of performance or data loss via a distributed medium. When understanding Kafka from an architectural standpoint, it is important to choose the best method of deploying consumers should be thoroughly thought of. It is only then that an optimal strategy can be deployed for a scalable microservice. From multi availability zone deployment to implementing transactional systems, we have worked on Kafka for multiple clients. To explore what we can do for you, talk to our experts.