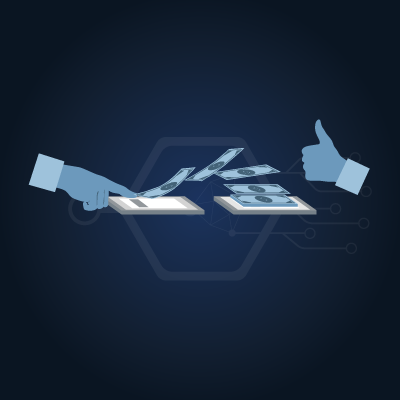 With a successful API monetization strategy, enterprises can expand their business capabilities to new customers through the rapid consumption of business assets.

However, with APIs offering dozens of ways to monetizing data, content and technology, it can become overwhelming for enterprises to deal with the entire process.

In this blog post, we’ll take you through the technical knowledge needed to build a robust API monetization platform for Globe Telecom, which seamlessly drove new opportunities and broadened their marketplace.

Globe Telecom, part of the Singtel Group, is a telecommunication giant in the Philippines with an estimated market capitalization of 3.8 billion USD and a subscriber base of almost 67 million.

It has a programme running on Apigee aimed at expanding the ecosystem and effective productization for increasingly complex APIs. Globe was seeking out to create a prototype for API monetization.

We helped them achieved the following key goals:

Building a Developer Portal on Apigee

A platform was built which could help the client to ideate, develop, and take feedback within planned timelines, with the ability to create new revenue models with an offering for both service providers and end-customers while vastly cutting down development time and costs.

Srijan teams built a unified developer portal which made APIs available to developers to communicate with the actual data in microservices through an Apigee API platform.

The Apigee platform ensured secured use of APIs and acted as the intermediate between developers and the microservices. 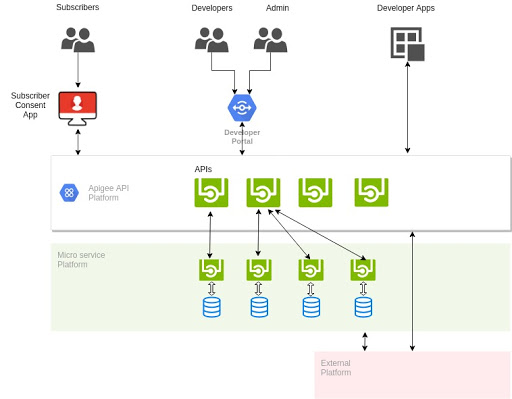 Now, let’s understand the features of the project and the various related terminologies.

The developer portal renders several APIs which can be public, private and internal. These are then implemented on Apigee. The screenshot attached below shows a comprehensive list of Public APIs available to an anonymous end user. 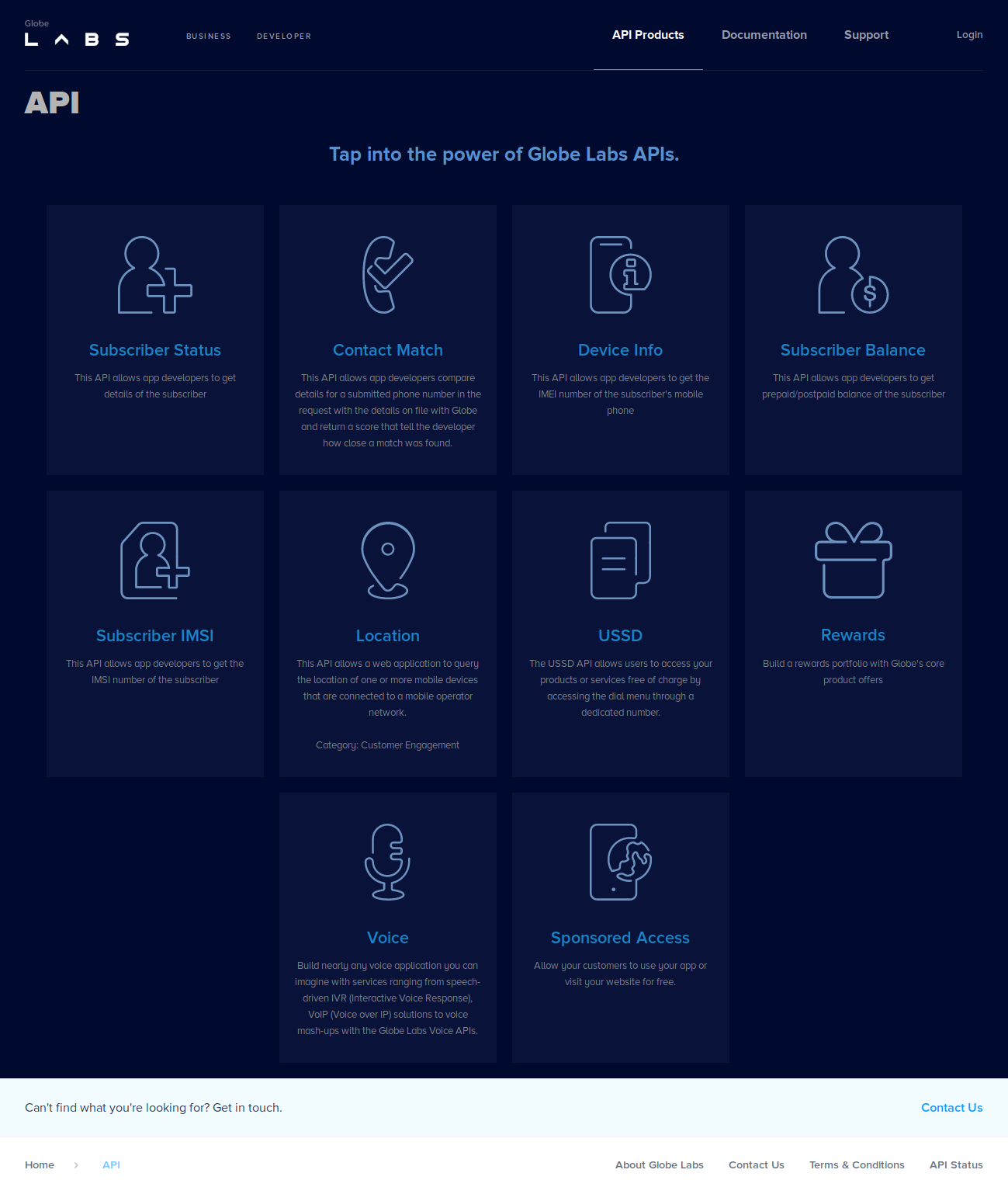 ReDoc offers a customizable and incredibly nice theme. It is actively maintained by its developer team to offer a better user experience. It has a custom script written for better readability of a developer.

Here’s the sample doc rendered for: 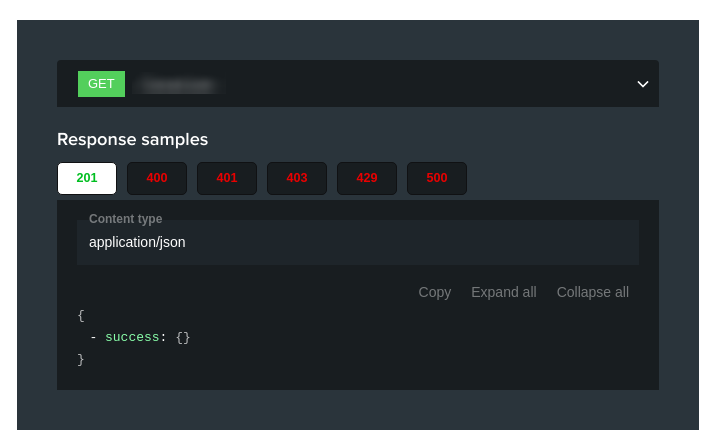 SmartDocs comes as a part of the Drupal-based Apigee dev portal. It provides smart documentation for an endpoint along with a tryout feature so the developer can tryout the endpoint on the page itself. 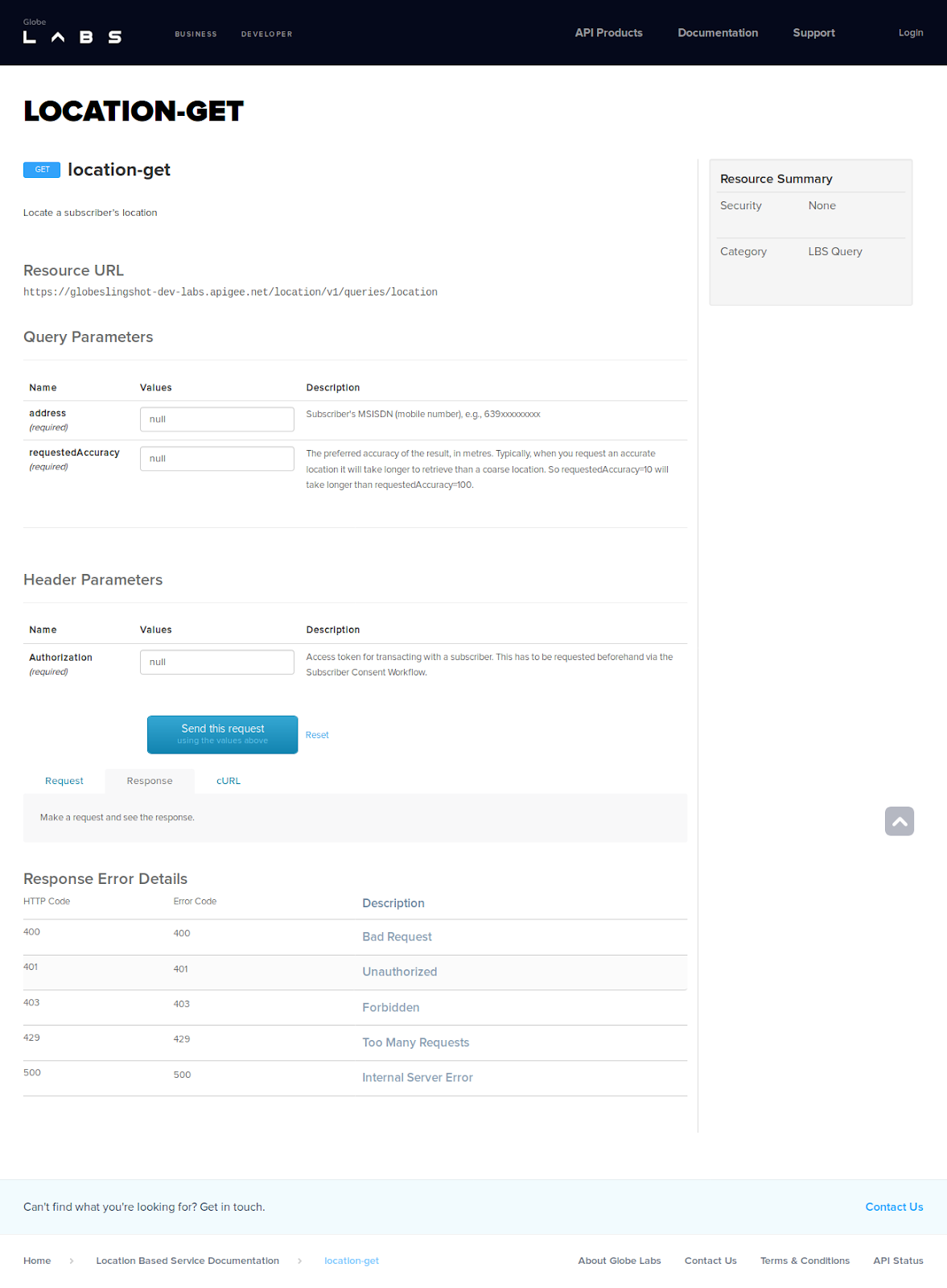 A logged-in developer on the developer portal dashboard can choose to create a new app, go to the apps transactions page or see the wallet balance. 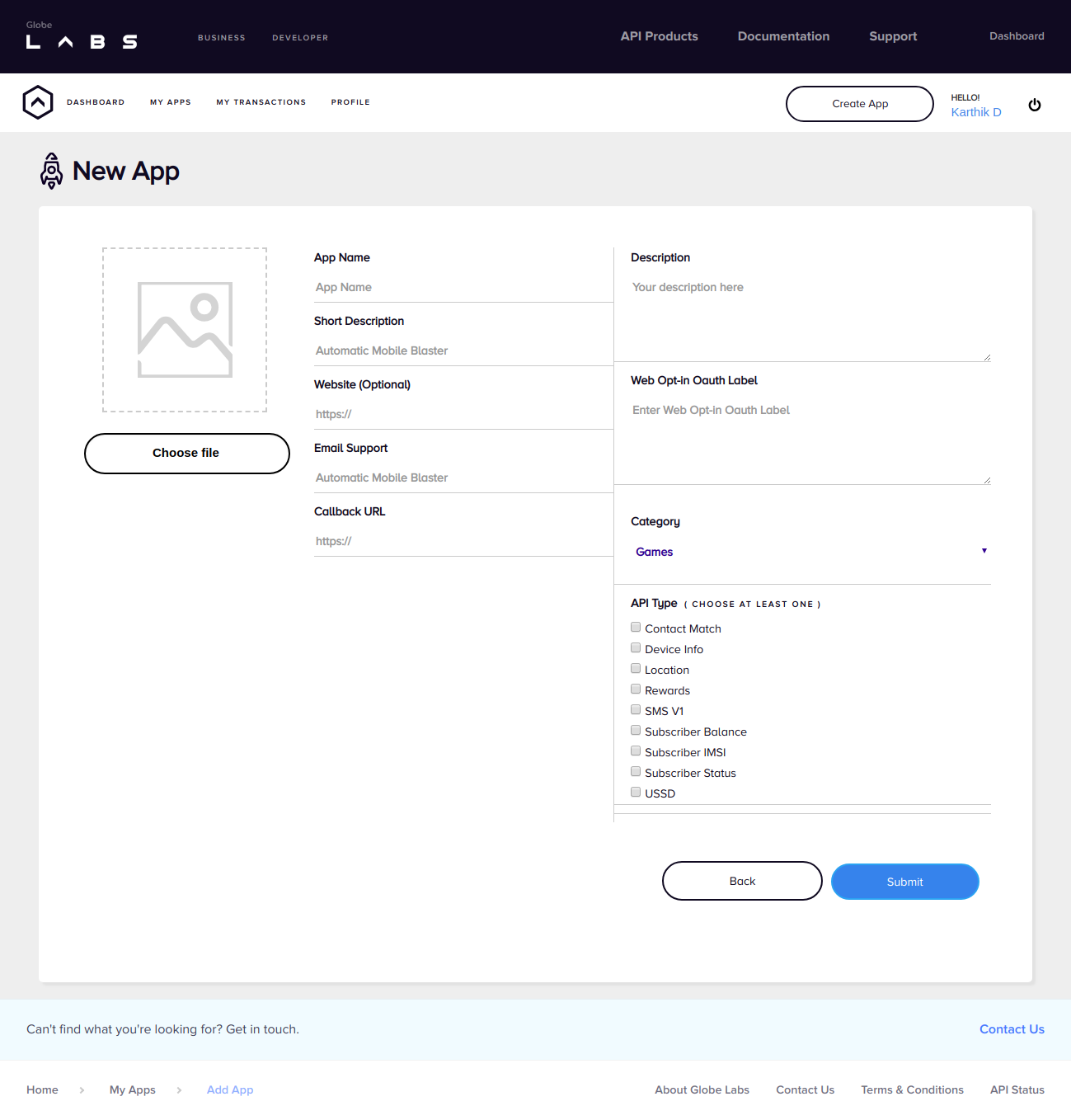 A developer can create an app by giving it a unique name, with a particular API product(s) and a callback URL. He/she can select different API types (which are basically API products on APIGEE which gets synced to dev portal) by simply selecting the check boxes.

In case of Consent App, a 'Consent' is a prompt when a subscriber sees while opening an app. The app accesses the list of permissions marked selected by the subscriber.


Developer can add balance to their wallet via online/offline transfers. The wallet is categorised into two types: prepaid and postpaid.

A developer can have any wallet (prepaid or postpaid) and can even be switched from one to another upon request. The developer will have SMS MO balance attached (see the image below), show the credit/balance history of the transactions done. 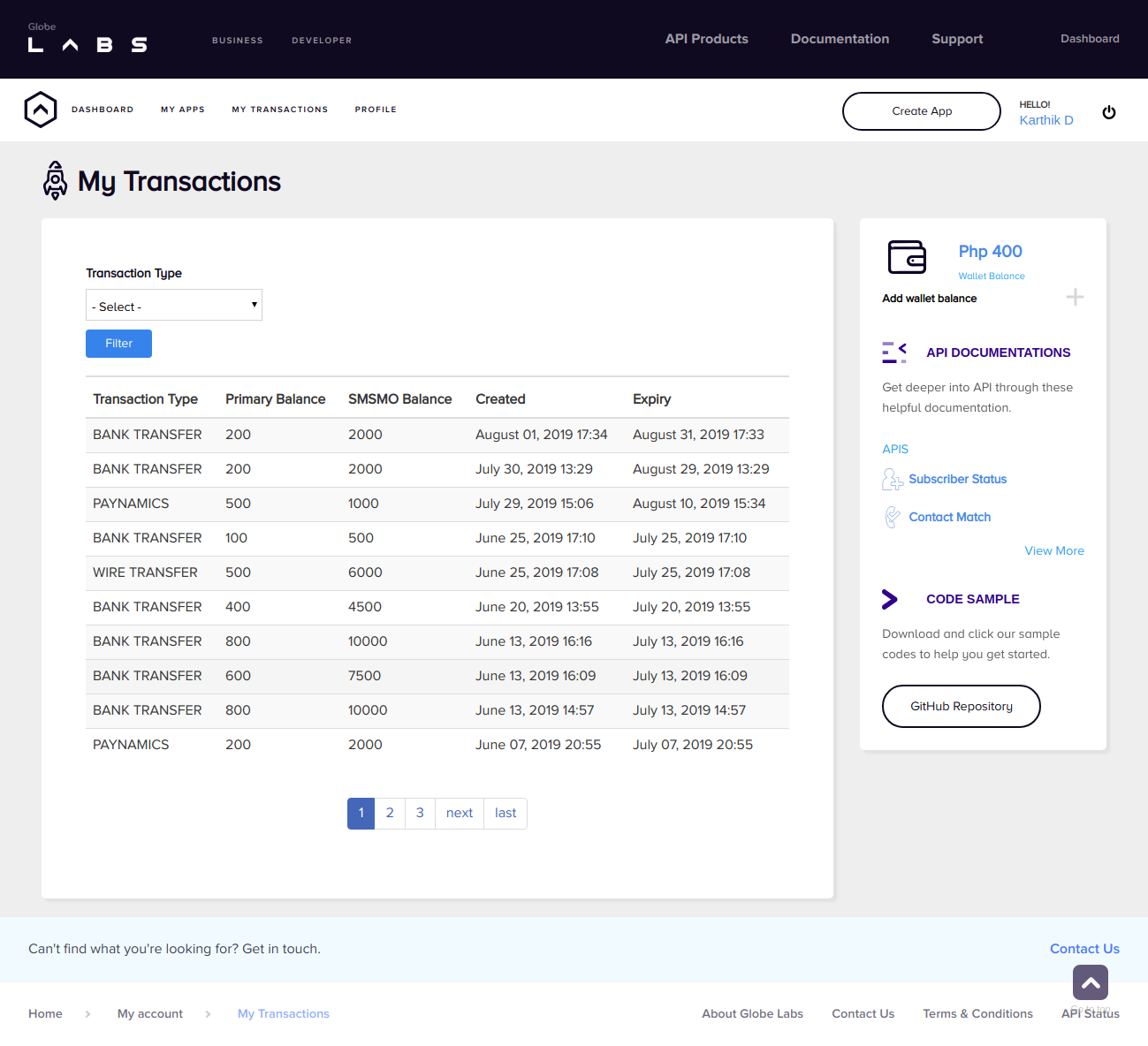 
Admin does the configurations to communicate between different layers in the entire system. Micro services implement the automated processes across the system wherever needed.

Micro services consists of all the APIs which does any internal operation in the system, and the response is brought back to APIGEE and then to portal/developer App.

Srijan is working with leading enterprises across the US, Europe and APAC regions, assisting them with their API lifecycle management with Apigee - creating and exposing APIs and building custom developer portals. Contact us to get started with your requirements.