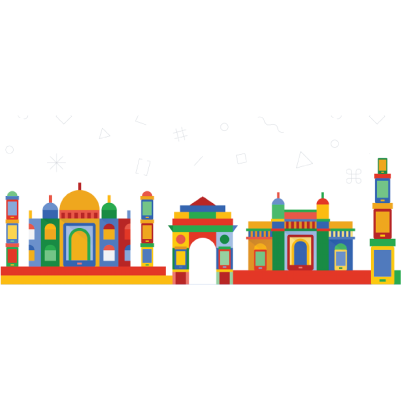 I was fortunate enough to attend the Google Developers' Day this year, held in Bangalore. It was huge opportunity to communicate and learn from a huge and talented tech community and was honoured to represent Srijan, along with fellow-developer Shamsher Alam.

I attended the two-day event and was mesmerized by the energy and all the knowledge being shared by the speakers. I was late for the Day 1 keynote, but this is Google we are talking about, so of course, I caught the whole thing on Youtube. And so can you, right here:

Post the keynote, there were multiple concurrent sessions happening around the community hall. The dialog from the Bollywood movie 3 Idiots was apt here: “There’s knowledge all around, just take it wherever you find it.”

I have a deep interest in ML/AI technologies. So I chose to attend a session on Machine Learning, with deep learning by the Tensorflow framework, and out of the box support by Google team. The session talked about:

Check out the session:

The next session I attended was on the famous api.ai, now a service named DialogFlow. It provides conversational chatbot services like Google Assistant or Apple’s Siri. It has some workflow with intents, which are triggered when a conversation is started. Now we can have our own customised Google assistant feature.

Another interesting session for me was the one on “Lighthouse”, a tool by Google to measure website performance.

The event was a like an amusement park for techies, with thousands of people interacting, learning, sharing their knowledge and experiences, and creating connections.

Some snapshots from the event:

The event hosted open stalls to facilitate interaction with the Google team and other tech firms. There were teams from Android Thing, Google Adwords, Google Community Lounge, DiaglogFlow, Lighthouse, and many more.

The conference also had educational sites like Udacity and Pluralsight, offering courses around Android, frontend, other nano-degree courses sponsored by Google. Pluralsight also set up a contest around Android skills where Shamsher won quite a few prizes.

With so much to see and do, the event had a lot of hungry techies. And some lip-smacking food on offer.

Tech sessions aside, Day 1 also had a scintillating performance by Raghu Dixit and his band. The music was great, and the audience, including me, couldn’t help but dance to the beats.

Day 2 began with a keynote on Machine Learning and how it could be used to predict the possibility of cancer. Take a look:

Here’s a quick list of my favourite sessions from GDD:

You can also check out all the other session on the official Youtube channel.