Getting Started with React Hooks 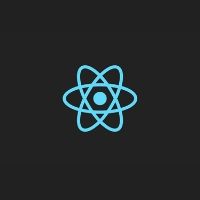 Juggling through a widely cluttered line of code can be overwhelming, top it off with developing a specialized lightweight application and it may lead to unwelcome confusions. While working on a project, our team unanimously agreed on the need for a new component API that solved this problem at hand while remaining simple, flexible, and extendable.

React Hooks was introduced to the project to write simplified functions without using classes, without calling super(props) and without worrying about binding methods by “this” keyword.

In this blog, we will understand how React Hooks work and in what ways it can support your projects.

Components are building blocks of any React application. They are nothing but javascript classes or functions which optionally accept inputs i.e. properties (props) and returns a react element describing how a section of the user interface should appear.

From React v0.14.0, we could create components in two ways - by classes or functions.

The difference lied on the component, if it had state or needed to utilize a lifecycle method (like componentDidMount, componentDidUpdate, componentWillUnmount) we had to use a class. Otherwise, if it just accepted props and rendered some UI, we could use a function.

At the beginning of 2019, the React new released version 16.8.0 that comes with the new addition which is a stable implementation of React Hooks.

React Hooks are javascript functions which help you use state and other React features without writing a class and render prop pattern. It lets you extract component logic into reusable functions and replaces multiple lifecycle methods with simple hooks. It eliminates huge component problems which makes it hard to test and maintain.

Hooks cannot be called inside loops, conditions, or nested functions or from regular javascript functions. They can only be called at the top level from React function components.

A metaphor for Hooks. You “hang” state onto them from your function component. When you come back it’s hanging there.

React Hooks is about improved and optimised code, reuse, and composition. Some of its features include:

How Does React Hook Deal with Other Components

Let’s dig deeper into how React Hook deals with other components such as state, lifecycle methods and non-visual logic.

Since we’re no longer using classes or this, we need a new way to add and manage state inside of our components. As of React v16.8.0, React gives us this new way via the useState method.

useState takes in a single argument, the initial value for the state. What it returns is an array with the first item being the piece of state and the second item being a function to update that state.grabbing each item in the array individually isn’t the best developer experience. This is just to demonstrate how useState returns an array. Typically, you’d use Array Destructuring to grab the values in one line.

With React Hook, you can think of the lifecycle methods in terms of synchronization.

While using these methods, whether to set the initial state of the component, fetch data, or update DOM - the goal is always to synchronize.

When we think in terms of synchronization instead of lifecycle events, it allows us to group together related pieces of logic. To do this, React gives us another Hook called useEffect.

Defined, useEffect lets you perform side effects in function components. It takes two arguments, a function, and an optional array. The function defines which side effects to run and the (optional) array defines when to “re-sync” (or re-run) the effect.

Because React couples UI to a component leading to over-complicated patterns like higher-order components or render props.

However, with React Hooks, you can create your own custom Hooks that are decoupled from any UI.

You can consider using Hooks if your app is built on React 16.8 & up, consists of a single view, doesn’t save or load state, and has no asynchronous Input/Output.

Here’re some predefined Hooks already in the latest release of React.

The line : const [count, setCount] = useState(0); declares a state variable. The only argument to the useState()Hook is the initial state.

useState can be used more than once. It returns a pair of values: the current state and a function that updates it. This is why we write const [count, setCount] = useState(). This is similar to this.state.count and this.setState in a class.

Hooks let you use more of React’s features without classes. Conceptually, React components have always been closer to functions. Hooks embrace functions, but without sacrificing the practical spirit of React. By the end of this blog, you should have a rough idea of what problems Hooks are solving.

END_OF_DOCUMENT_TOKEN_TO_BE_REPLACED

Framework and Libraries, QA and Testing