Estimation: From Waterfall to Agile 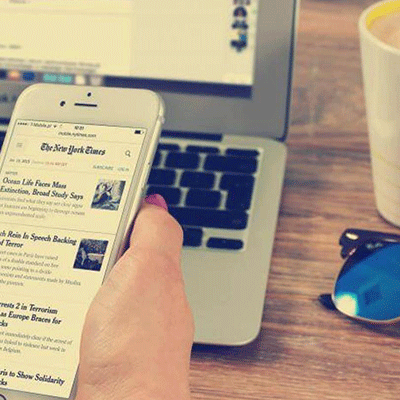 At Srijan, we transformed our methodologies from a classic waterfall approach to semi agile process, and now we are implementing a full-on agile Scrum inspired approach to work on Drupal projects. In the ongoing DrupalCon Barcelona, there was a session on Waterfall and Agile.

Agile for clients who still don't understand the concept.

Presenters of the Session.

Interestingly @adaptdk used the very same example that I had given in my talk at DrupalCamp Australia!

Don't build a Car at once, build a shippable product every sprint. Start with a unicycle and achieve the car

Manauwar from our team also shared a tid-bit on Agile.

Share your #retrospective of #sprints with clients to show then benefits of #agile and improvement areas. #DrupalCon #SrijanTechnologies

Waterfall model means the client is going to pay for features that he might not even use - A valid point which I also used in my talk.

How to convince a client to go #agile: - Waterfall makes you pay for features you don't need. #DrupalCon

Sprint Planning is a good time to do and review the estimates.

Upcoming story estimations should be reviewed at each sprint planning. Learn from the previous sprint's estimates.#drupalcon

Talk in terms of Story Points. Atleast for the Stories!

#Agile: Set story points, not hours. Then: Estimate hours for the simple stories first. Learn and calculate for the bigger later. #DrupalCon

However there are times when you might not want to try Agile.

Why #agile doesn't work on small projects: Not enough time to learn. #DrupalCon