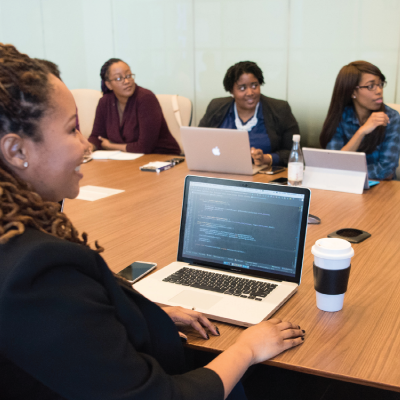 APIs have been around for nearly two decades, but it is only in the past few years, the ‘API-first’ approach has taken up over by storm. The number of developers taking the approach to building products is rising.

So, what makes API-first such a powerful design methodology? Let’s take you on a tour to understand how API-first approach makes the lives of developers easier and why it is their first preference.

Usually, enterprises keep their prime focus on building web and mobile applications and push the task of building APIs for third-party integration to a lesser priority resulting in inefficiently designed APIs. These APIs sometimes fail to fulfil business purposes.

Through API-first development strategy, enterprises can focus on building API as the first line of business, not restricted by constraints of the existing business requirements.

The approach focuses on building products (in the form of a website, mobile application or SaaS) in favour of developer’s interests.

The API-first approach recognizes the APIs as a first-class artifact of the entire development process.

Let’s understand how it differs from the traditional approach.

Traditionally, once a new service or a new feature is in a need for development, the R&D teams brainstorm to work on the design, followed by backend team to create a prototype API. The API is then circulated along with an API document to front-end teams and testers to test it. Finally, the front-end teams and testers build SDKs, tests, and more to interact with the API. This entire process is referred to as synchronous development.

This approach wastes valuable development time of the developers, as most of the time they are waiting for testers to test APIs and changes to be released.

This overall increases the time-to-market for the entire product.

Whereas, API-first development allows development teams to work in parallel without the need to wait for changes to be released by one team, with the help of ‘mock APIs’.

Mock APIs help the developers to get started with web service development without waiting for API teams to create APIs. And if they haven’t decided how to design the web services, mocking allows them to rapidly prototype different potential responses to see how they work with the app. And soon they can switch to the real web services when the APIs are ready.

The back-end, front-end, and test teams start to work with the mock APIs and once the API is ready, all teams then switch to the production or staging API, saving a lot of development time.

An API-first approach has various benefits to building products, including but not limited to:

API-first approach involves developers to work on mock APIs instead of working on creating APIs as a first step. The developer teams across an organization work on multiple web services at the same time and do not have to wait for updates to be released before moving on to the next API.

The testing becomes easier as testers have to test API dependencies based on the established API definition. Testing of APIs comes later in the process only when they are ready.

APIs self-service portal also helps developers to get started building apps with their APIs right away.

As API consumers are developers, API-first ensures that developers have positive experiences using the APIs. Developer experience can majorly impact the success of an API.

Well-designed, well-documented, consistent APIs provide positive developer experiences. So, when it is easier to reuse code and onboard developers, it improves the learning curve, hence increasing the developer productivity.

When developers have easy access to APIs, testing tools, blog posts, forums, and other features, they can quickly create API programs and get to know potential opportunities about their customers.

It reduces the risk of API failure and ensures the APIs are reliable, consistent, easy for use as they can impact every part of your business positively or negatively.

APIs and code can be reused on several different projects which implies that the development team don’t have to start from scratch and can easily make use of APIs built as per their needs.

This approach reduces the effort of reinventing the wheel, which can be time consuming and costly.

Much of the process of building APIs can be automated using tools that allow the import of API definition files (and with those files API tools such as API documentation, SDKs, and mock APIs can be auto-generated) which speeds up the development of APIs and applications.

Also, the approach makes it possible to add new services and technologies to applications without having to dig deeper to re-architecturing the entire system.

The competition of developing applications is extreme expecting the apps to be developed and marketed quickly. Today, applications must not only be well designed but designed to market at the earliest.

Empowering developers through the API-first approach to building products can benefit your organization in innumerable ways.

Srijan is working with leading enterprises- enabling innovators across different industries, and assisting with their API Management Lifecycle to leverage API-first approach.

Ready to execute a profitable API strategy? Drop us a line and let our expert API team advise you with your next steps.