From Drupal 9 to inclusive community - The DrupalCon Seattle #DriesNote RoundUp 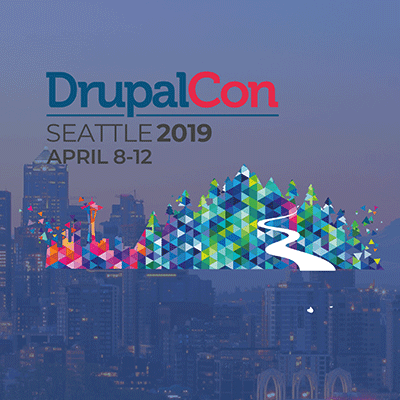 DrupalCon Seattle just got off to a great start with the customary State of Drupal address, or the #Driesnote, by Dries Buytaert. As always, this was a look at the bigger picture of what lies ahead for Drupal, both in terms of the code and the community.

Getting Ready for Drupal 9

One of the key highlights was the planned release of Drupal 9 in 2020.

The major reasons for the launch of Drupal 9 were:

The fact that Drupal 9 will feel less like a major release overhauling everything, and more like smoothly upgrading to a better, more powerful Drupal core, was the central attraction for most Drupalers. As Dries pointed out, Drupal 9 will be more like a Drupal 8.9 release, without the deprecated code, and with updated third-party dependencies.

This is why you should start planning your migration now even though Drupal 9 is just a year away. #DriesNote #DrupalCon pic.twitter.com/2bgmYvAnqI

Because of this proposed seamless nature of the Drupal 9 launch, most Drupal users were advised to get on to Drupal 8 now. And then reap the benefits of a smooth migration to Drupal 9.

The upgrade path for users still on Drupal 7 was also clarified by Dries.

"Staying on #Drupal 7 is fine, but once you’re on #Drupal 8 there’s no reason to wait… upgrades moving forward will be easy.” @Dries#DriesNote #DrupalCon #DrupalCon2019 pic.twitter.com/2ITzolAXHH

However, amidst all the hoopla around the release of Drupal 8.7 and Drupal 9, Dries also assured Drupal 7 users continued vendor support till at least 2024.

Besides this, the other notable takeaways from the Driesnote were:

#1 Check your work for deprecated code and get rid of it. A lot of Drupal modules are all ready for Drupal 9, and it's best to use the updates ones.

About 44% of current Drupal 8 modules are already ready for #Drupal9 #DriesNote pic.twitter.com/zgjHYz4ZVa

#2 JSON API is now stable and included in Drupal core.

#3 Renewed focus on the automated updates issue, with the European open source community pledging to fund the progress

“I wish we could make more progress on the automated upgrades problem, let’s make this a focus in the next six months."@Dries#DriesNote #DrupalCon #DrupalCon2019 pic.twitter.com/MPPvmVZWxx

The other important track in today's Driesnote was the focus on building a diverse and inclusive community. Yes, the Driesnote has always spoken about the power of the open source community, but the keynotes over DrupalCon Nashville in 2018 and at Seattle this year have outlined some concrete steps for the community. While last year was all about the community values and code of conduct, this year's message was focussed on diversity and inclusion.

Really encouraging to hear @Dries make a positive case for a diverse, inclusive ecosystem. Tech shapes the lives of people around the world: doing our work well (and ethically) is impossible if we don’t work to include and integrate erased and marginalized voices. #driesnote

There was also a call for Drupal agencies to create more opportunities for under-represented communities to contribute to Drupal.

“I used to think that anyone could contribute to #Drupal if they just had the will. I was wrong - many people don’t contribute to #opensource because they don’t have time” - @dries. #DriesNote @DrupalConNA pic.twitter.com/1q6MikoGgv

Overall, the way ahead for Drupal remains exciting as ever, with the added challenge of building a more robust and diverse community.

You can catch the complete #Driesnote here.

As every year, we are at DrupalCon Seattle, and ready to talk about all things Drupal and digital transformation.You can drop by our booth #710 and meet the team. We would love to hear about how your teams are pushing the boundaries of Drupal, and a chance to share some of our more interesting recent projects.

So what say? Grab a coffee with us at DrupalCon Seattle?