Drupal 9: What’s in store and how that impacts Drupal users 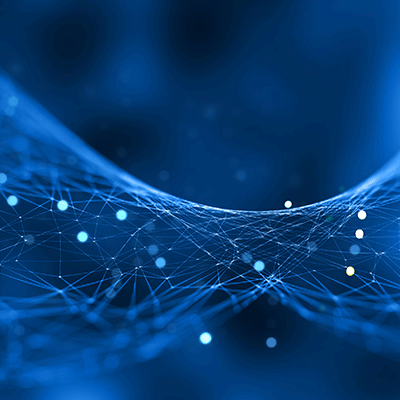 Drupal 9 is all set to release in June 2020, and brings with it end-of-life announcements for Drupal 7 and 8.

So we take a look at what’s on the cards with Drupal 9, and have our Drupal experts weigh in on what that means for developers and site owners.

Dries’ latest post “Plan for Drupal 9” says the big deal with Drupal 9 is that it shouldn’t be a big deal. And that thinking is exactly what is new.

Drupal 9 is not being built on a new core but rather within Drupal 8. New features and functionalities will be added to D8 as backward-compatible code. These will start being available to D8 users as experimental features, that can be used and modified for the better. All this while, older D8 features will work without a hitch.

Once these new features are stable, their older counterparts will be deprecated. And finally, the complete collection of these stable new features will be Drupal 9.

Ravindra Singh, Senior Drupal Architect at Srijan, thinks this approach is going to make life easier for Drupal users and developers. “Because everything new that makes up Drupal 9 will emerge out of existing Drupal 8, the final result will feel more like a minor version release rather than a ground-breaking all-new thing. And that’s good because it means less upheaval in the lives of Drupal users and developers. There will not be a huge learning curve for Drupalers to master D9, as was the case with D8. Most importantly, there won’t be a massive backlog of changes to be made to existing D8 sites, for them to remain functional with D9. All you need to do to make the migration easier and faster is to keep your Drupal 8 site abreast with all new updates."

The Migration Path - Drupal 8 to 9

The fact that Drupal 9 will not feel brand new also means that the upgrade from 8 to 9 will be super smooth.

Ritesh Gurung, our Senior Solutions Architect says, “Drupal developers working with D8 will have a chance to explore D9 features right from the start, and begin to upgrade any core or contributed modules. But the greatest benefit will be for Drupal site owners, specifically D8 sites. Those who have kept up with using the latest themes and modules, running on the updated D8 APIs, will have no trouble upgrading to D9.”

Highlighting how all Drupal releases are a community affair, Ritesh said, “Besides the volunteers working dedicatedly on Drupal 9, everybody else who gets to start using the experimental modules will be able to identify and help resolve any bugs and errors during the transition phase.”

Migrating from Drupal 7 to Drupal 9

As per the plans shared by Dries during Drupal Europe, both Drupal 7 and Drupal 8 will be end-of-life in 2021. Now if you are still on Drupal 7, you have two choices:

Now a direct migration from D7 to D9 seems like the best, and most cost effective path - why have two migrations when you can have just one.

However in this case, doing two migration might actually be a more practical option.

So if you are still on D7, the announcement of D9 should be another reason to move to D8 as soon as possible. This will ensure you can move easily to D9 when it releases.

And for enterprises already running multiple sites on D8, Ishan says it’s important to “Make sure that the sites are always on the latest D8 version as well as ensure that no deprecated module or API is used. That way, these sites will be ready of Drupal 9.”

So there you have it, Drupal 9 - a major Drupal release that’s being designed to be as minimally disruptive as possible.

Have more questions about Drupal 9 features and how it might impact your site? Already chalking out an upgrade plan? Our team of Drupal experts, and range of Drupal development services, are ready to help.

Just drop us a line, and get the conversation started.

Srijan is Signature Supporting Partner to the Drupal Association. With 140+ seasoned Drupalers of which 56+ are Acquia Certified, Srijan has the largest team of Drupal experts in Asia. Srijan is also featured as Best Drupal Agency 2019 by Design Rush.