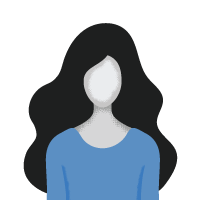 ZAP is an open source tool which is offered by OWASP (Open Web Application Security Project), for penetration testing of your website/web application. It helps you find the security vulnerabilities in your application.

Why use OWASP Zed Attack Proxy?

Security testing is a vital part of web application testing. Here are the OWASP top 10 security threats that your website/application might face:

OWASP Zed Attack Proxy provides you with the ability to detect these threats. And it’s open-source, so you can use it free of charge.

Other than that, ZAP is an easy-to-use tool. Following are some more reasons for using ZAP:

How does it work?

ZAP creates a proxy server and makes your website traffic pass through that server. It comprises of auto scanners that help you intercept the vulnerabilities in your website. 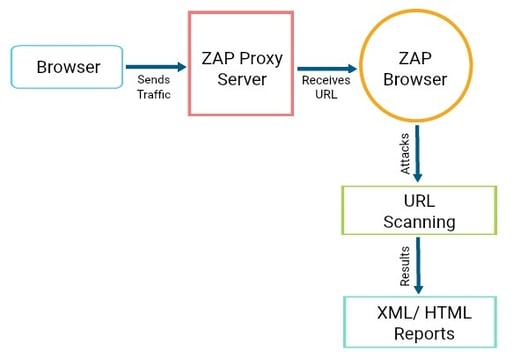 You can give specific Contexts (more on Contexts in a follow-up blog) for the data being screened, so as to avoid the unnecessary heavy traffic.

Session:  A session simply means whatever you do in your ZAP, i.e. navigating through the website you want to attack. This is done so as to make ZAP browser understand the depth in which URLs are to be hit. You can also use any other browser like Firefox, by changing the proxy settings of that browser.
You can save your session in ZAP with the extension .session and reuse it.

Context: A context is the manner of grouping the URLs. When you need to hit the specific set of URLs with particular user(s), host(s) etc. in your website, a context can be created in ZAP which will ignore the rest and attack only the ones mentioned. This will help you avoid the unnecessary heavy data coming your way.

Attacks in ZAP: The purpose of this tool is to penetrate through the site, attack (hit) its URLs, scan the URLs hit, and check how prone the site is to the various risks/attacks.

Following are the types of attacks which ZAP provides:

Alerts: Alerts are thrown as results of attacks performed by Spider/Active Scan (or any other attack). Alerts are the potential vulnerabilities which are flagged as High, Medium, or Low according to the risk level.

Note: Use ZAP on a website only if you have permissions to perform testing on it, otherwise you might run into legal difficulties.

You can always work with the default context available, but it is a good practice to make a new context of your own and include that in your site.

Till then, you can check out our guides to a few other popular testing tools like Behat, Selenium, and A11ym. You could also view our webinar covering the mobile test automation tool, Appium.

And if you have used the OWASP Zed Attack Proxy and have some cool tips to share, do share in the comments below.

I got the opportunity to learn and work on Behat for one of the internal projects at and I found it easy and interesting. During my learning phase, I noticed that there is not much documentation available on Behat over the internet. And hence this blog.

Hope it fills in some of the gaps in Behat’s supporting literature.

Behat is a Behaviour Driven Development (BDD) tool which is used to test the behaviour of the application from end user’s point of view. It’s a popular open source tool for automation testing of business cases, using human readable scenarios to map onto the PHP framework.

Behat was inspired by Ruby’s Cucumber project. Both Behat and Cucumber are based on BDD. That’s the only similarity. Cucumber supports many languages (Ruby, Python, Java etc.) but Behat is just supported by PHP.

We use Gherkin, a language quite like English, to write various scenarios/features for testing an application. Behat can also be extended by writing custom PHP functions. These functions are written in FeatureContext.php file which is created inside the bootstrap folder.

Who Should Use Behat?

Behat was developed for Business Analysts (BA) and developers, so as to bridge the gap between business stakeholders and the development team.

It is also used by testers for testing websites. As Behat uses Gherkin language to write it’s scenarios, it becomes easy for testers to map it with the acceptance criteria of the project. This results in fulfilment of the client requirements to the best of our ability..

When to use Behat?

Behat helps completely achieve the client requirements because it works according to the Acceptance Criteria of the project. It uses English like, human understandable language to write Behat steps. That’s the best part, because it can be understood by anyone, whether it’s a project manager, a developer or any other business stakeholder.

It is best suited when:

When not to use Behat?

Behat is a great tool with easy installation, but it lags behind in terms of documentation. Also it is not a great option if you are testing:

Before we get down to the steps, we are assuming you have done the following:

The ‘touch’ command is used to create empty files in Mac and Linux systems. For Windows, you can create composer.json manually inside the project folder (in our case it is named behat). Once the file ‘composer.json’ is created, add the code below:

The above code is in json format and hence indentation needs to be taken care of. It consists of various dependencies that Behat requires.

Now it's time to move onto the next step in Behat. Create a behat.yml file using command “touch behat.yml” inside the behat  folder. Once the file behat.yml is created, add the following code:

Now it’s time to update the composer in our system. We are almost done by now. Just a step away from completing the installation process.

Execute “composer install” from your terminal. This command will read the ‘composer.json’ file from the current directory and execute it. It will install/update all the dependencies and its versions specified in composer.json file.

At this point, Behat is installed in your system. Now the steps below will help you initialize and run behat.

The command “bin/behat --init” initializes Behat. This is to be run only once. It will create a directory structure as shown below:

This command creates a directory (folder) called ‘features’ inside which we create our .feature files. The .feature filecontains a feature, it’s overview, and scenarios. Scenario is a structure of Gherkin that consists of various steps as per the acceptance criteria.
Inside ‘features’ directory, there is a another directory present called ‘bootstrap’. Inside this directory you will find a php file called ‘FeatureContext.php’. This is the heart of your behat, as it consists of the code that is mapped with the steps written within the scenarios in .feature file(s).

This command is used to run the feature files (here name_of_featurefile represents the name which you will give to your feature file) and features is the folder created inside the project folder.

If only a particular scenario is to be run, tags can be used. Following is an example:

If more than one scenarios are to be run, the tags associated can be separated using comma (,). Following is an example:

Browser Emulators are used for testing the responsiveness of a website. These can be of two types:

When we run the command  bin/behat features/name_of_featurefile.feature, it is run on headless browser. To run our features on a real time browser (like Firefox, Chrome etc.) we need browser controllers (like Selenium etc.). In some cases we might require specific drivers like chromedriver for Chrome browser.

If using selenium, following is the command:

This command will run the selenium jar file which can be downloaded from Selenium’s official website. To run a jar file, java should be installed in the system.

It can be run on a particular browser by downloading it’s driver which is easily available online. To run selenium on chrome browser, following is the command:

Mink is a browser emulator for a web application, written in PHP. We use Mink library in behat so as to control our browser. Here's all the information on mink.

To use mink, PHP 5.3+ should be installed in the system.

Gherkin is an English like language which is business readable and domain specific, that is specially designed to describe the behaviour. It is also available in other languages (like French).

Gherkin is used to write the scenario(s) in the feature file(s). It has a defined structure and is indentation sensitive. Following are the keywords used in Gherkin:

Given, When, Then, And, But

A feature gives the overview  of the functionality that would be covered in the specific feature file. We write features in a text file with .feature extension. One .feature file contains a single feature, but can have multiple scenarios within that feature.

It is a file which is written in YAML format, which consists of all configurations required for Behat. This file is loaded by default.

Example: An example of behat.yml file is given in Behat Installation Steps section above.

Composer is a tool which is used to declare various dependencies of our project and manage their installations (and/or updations). It can be called a dependency management tool, but definitely not a package manager.

We use commands like composer install, composer update etc. to install/update project libraries/dependencies through composer.

Following are the generally used commands in behat:

bin/behat -h When you run this command, you get all available commands and options in behat.

bin/behat -dl- When you run this command, you get list of available step definitions that can be used in scenarios. When any custom step is written, it gets added to this list.

That’s all folks! Hope this helps you get started with Behat. You can check out one of our QA webinars on how to leverage Behat to tell stories through your code, and build the right product.

You could also take a look at how we used Behat on one of our client projects for an insurance company.